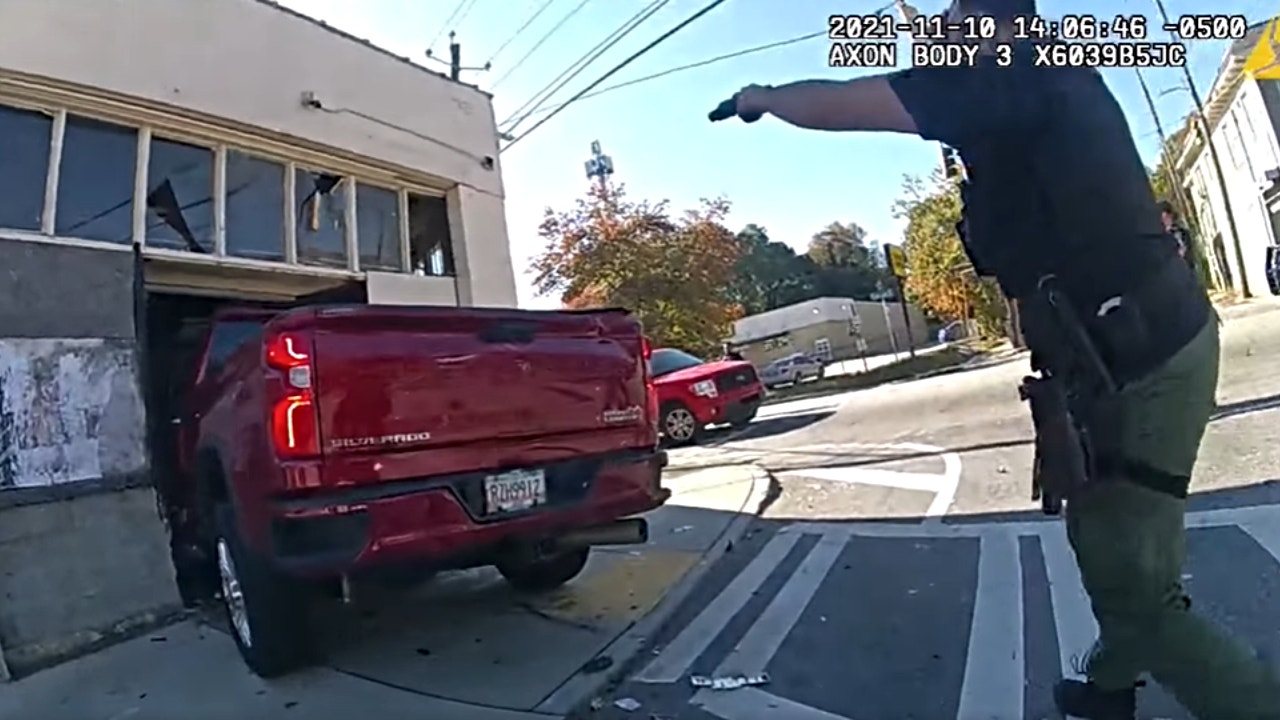 A pair of juveniles with a gun in Atlanta crashed a stolen Chevrolet Silverado truck into a vacant building Nov. 10.

Officers responded to reports of the stolen vehicle in a parking lot in southwest Atlanta, where suspects allegedly began to flee from officers.

“While fleeing, the Silverado drove into the front of a marked patrol vehicle and the passenger fired a handgun toward officers,” the Atlanta Police Department said in a Facebook post Wednesday. “The truck then fled down Cascade Avenue and struck an SUV before crashing into a vacant building at 804 Cascade Avenue.”

Multiple officers were dispatched and “quickly” located occupants of the stolen vehicle “attempting to hide on top of a commercial refrigerator unit inside the vacant building.”

Officers then took two juvenile suspects — a 16-year-old driver and a 16-year-old passenger — into custody and found a stolen handgun near their hiding place.

“No officers fired their weapons during the incident and the juveniles sustained minor injuries from the motor vehicle accident,” police said. “The occupants of the SUV did not sustain serious injuries in the crash. We are proud of the work these officers did in catching these suspects.”

The driver has been charged with aggravated assault against police, felony obstruction, theft by receiving stolen auto, fleeing and eluding, reckless driving, hit and run, interference with government property and other charges.

The Atlanta Police Department has recorded nearly 200 auto theft incidents in November alone and more than 2,703 total cases for the year as of the week ending on Nov. 7. Auto theft has increased 7% in the city since 2020.