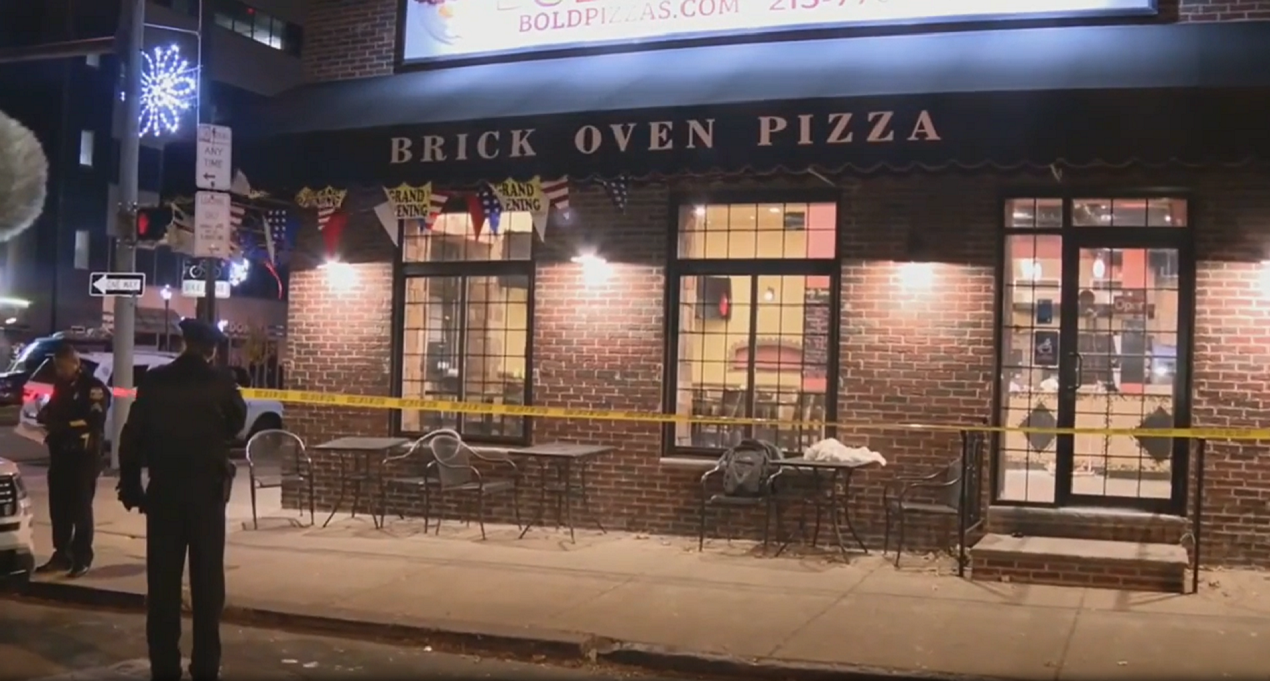 The teenaged son of a Philadelphia pizza shop worker foiled a robbery attempt when he shot an armed suspect in the face.

Three men attempted to rob a CVS Thursday at around 9:30 p.m. in the Spring Garden section of the city, but they fled when they could not open the cash register. One of the men peeled off and entered the Bold Pizza Shop down the street.

The 33-year-old suspect brandished a gun and reached across the counter to try and steal cash from the register. An employee tried to fight off the suspect, leading to a struggle that led to the suspect strangling the employee.

The victim’s son grabbed a gun from under the counter and shot the suspect in the face, causing him to flee, FOX 29 Philadelphia reported.

Police said they found money, some broken glass and “a large amount of blood” on the floor of the store. Officers followed a trail of blood into a nearby subway station, where they found the suspect.

The suspect went to a local hospital in critical condition. Police did not yet identify him, ABC 6 reported.

Philadelphia District Attorney Larry Krasner insisted his city is not facing a surge in crime despite posting the highest number of homicides since 2007, and then had to walk the comment back.

“It’s a rumor that’s just out there and it’s wild and it’s out of control,” Outlaw said Wednesday. “I appreciate the honorable mention, and it’s quite flattering quite frankly.”

“But I will tell you, I’m still continuing to focus on my work here, and obviously if I had information to share, I would share it,” she stressed. “I’ll leave it at that.”

She referred any further questions to the NYPD.