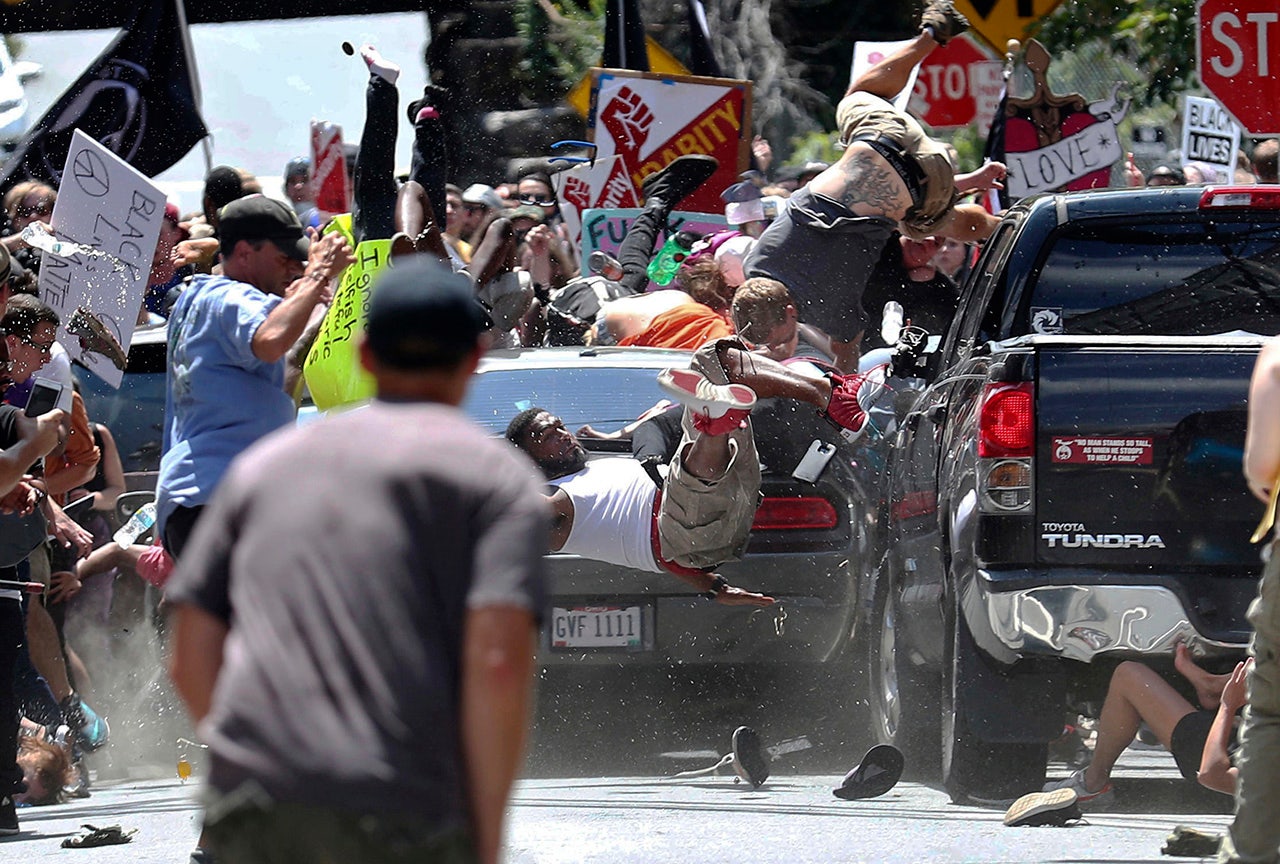 A partial verdict has been reached in the Sines v. Kessler, a federal civil case against the organizers of the 2017 “Unite the Right” rally in Charlottesville, Virginia.

In a note to U.S. District Judge Norman Moon Tuesday, the jury said they have “unanimously decided on claims 3,4,5,6,” finding in favor of the plaintiffs on four of the claims, but are “deadlocked on 1 and 2. We do not believe this will change.”

The case stems from the deadly Aug. 2017 “Unite the Right” rally in Charlottesville, Virginia that was held to oppose the removal of a statue of Confederate Gen. Robert E. Lee. The protests eventually turned violent, with one rallygoer driving his car into a crowd of counterprotesters, resulting in the death of 32-year-old Heather Heyer.

Twelve people and five far-right organizations were sued by a group of plaintiffs that included town residents and counterprotesters, who sought damages for physical and emotional injuries that that resulted from the violence. The lawsuit also claimed that the organizers conspired to create the violence in an attempt to ignite a race war in the United States.

“This case has sent a clear message: violent hate won’t go unanswered, there will be accountability,” Integrity for America Executive Director Amy Spitalnick, whose organization was behind the lawsuit, said in a statement Tuesday. “These judgments underscore the major financial, legal, and operational consequences for violating hate – even beyond the significant impacts this case has already had.”

Fields is accused of driving into the crowd demonstrating against a white nationalist protest in Charlottesville, Va.
(Ryan M. Kelly/The Daily Progress via AP, File)

Claims one and two, which the jury failed to reach a verdict on, pertained to the accusation that organizers conspired to create racially motivated violence. Moon attempted to persuade the jury to reach a verdict on the counts, but no jury member raised their hand when asked by the judge to do so if they thought a verdict was possible.

A white nationalist carries the Confederate flag as he arrives for a rally in Charlottesville, Virginia on Aug. 12, 2017.
(Reuters)

The jury found all defendants had violated a Virginia state conspiracy law in claim three, while finding some defendants liable for violating a Virginia law that prohibits racial, religious, or ethnic harassment or violence in claim four.

In total, more than $25.3 million was awarded to the plaintiffs as a result of the lawsuit.

“At a moment of rising extremism, major threats to our democracy, and far too little justice, this case has provided a model for accountability,” Spitalnick said. “There are not sufficient words to describe the honor of supporting these courageous plaintiffs, who chose to relive their trauma to hold accountable those responsible.”