Home US New York City man sentenced to 33 years for role in friendly-fire... 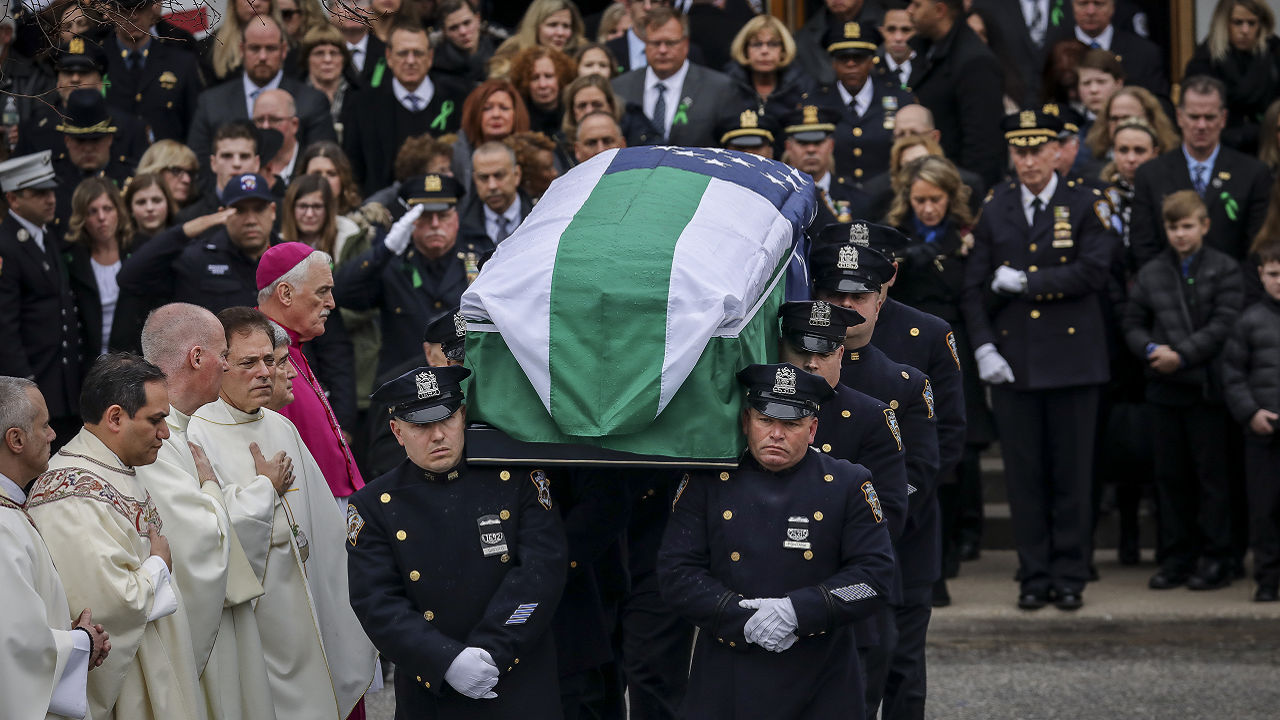 A New York City district attorney says she hopes the family of fallen police officer Brian Simonsen “may finally have some closure” as the suspect whose actions provoked his 2019 friendly-fire death has been sentenced to 33 years in prison.

Christopher Ransom, a 30-year-old from Brooklyn, was handed the punishment Wednesday after pleading guilty to aggravated manslaughter and robbery charges in relation to his role in the February 2019 holdup of a T-Mobile store. When officers arrived at the scene, Ransom pointed a fake pistol at them – prompting police to discharge their weapons, according to Queens District Attorney Melinda Katz. Simonsen, 42, died after being shot once in the torso.

“My hope is that the family of Detective Brian Simonsen may finally have some closure with the sentencing of this defendant,” she said in a statement. “His lawless, selfish behavior set the terrible events of that day in motion. He committed one of several robberies and terrified the employees of that cell phone store before drawing the fire of police.

“The heartbreaking result was the loss Detective Simonsen and the injury of Sergeant Matthew Gorman,” Katz added.

Ransom, who also was struck by gunfire that night, according to Fox5 NY, told a court Wednesday that “I have slowly over time came to the realization that I am the author of the chain of events that led to the death of Simonsen and for that, I am deeply sorry.”

“There are no explanations I can give to Detective Simonsen’s grievers to why I did not just drop that stupid fake gun when I was told to do so,” he reportedly added. “I just have to now live with the fact of knowing that things would have played out differently if I had done so.”

In a statement, Ransom’s attorneys at the Legal Aid Society noted he had been struck eight times that night after police fired 42 shots in 11 seconds, Fox5 NY reports.

“We hope that the NYPD also takes this opportunity to reexamine their own procedures and training so that a tragedy like this never happens again,” the statement reportedly added.

Katz’s office also said Ransom pleaded guilty to robbery in the second degree for a separate incident that happened on Feb. 8, 2019 – just days before the police-involved shooting at the T-Mobile store.

The T-Mobile store where the shooting happened in the Queens borough of New York City.

“According to Court records, on February 12, 2019, Ransom and a co-defendant arrived at a Richmond Hill T-Mobile store on 120th Street shortly after 6 p.m. Ransom ordered the two employees inside to surrender cash and merchandise while brandishing what appeared to be a black pistol,” the office added. “Ransom had corralled the employees in a back room of the store when police arrived. He pointed the fake pistol at the arriving police officers. In response, the officers discharged their weapons.”

Sgt. Matthew Gorman, who was shot in the leg during that incident, has since recovered.