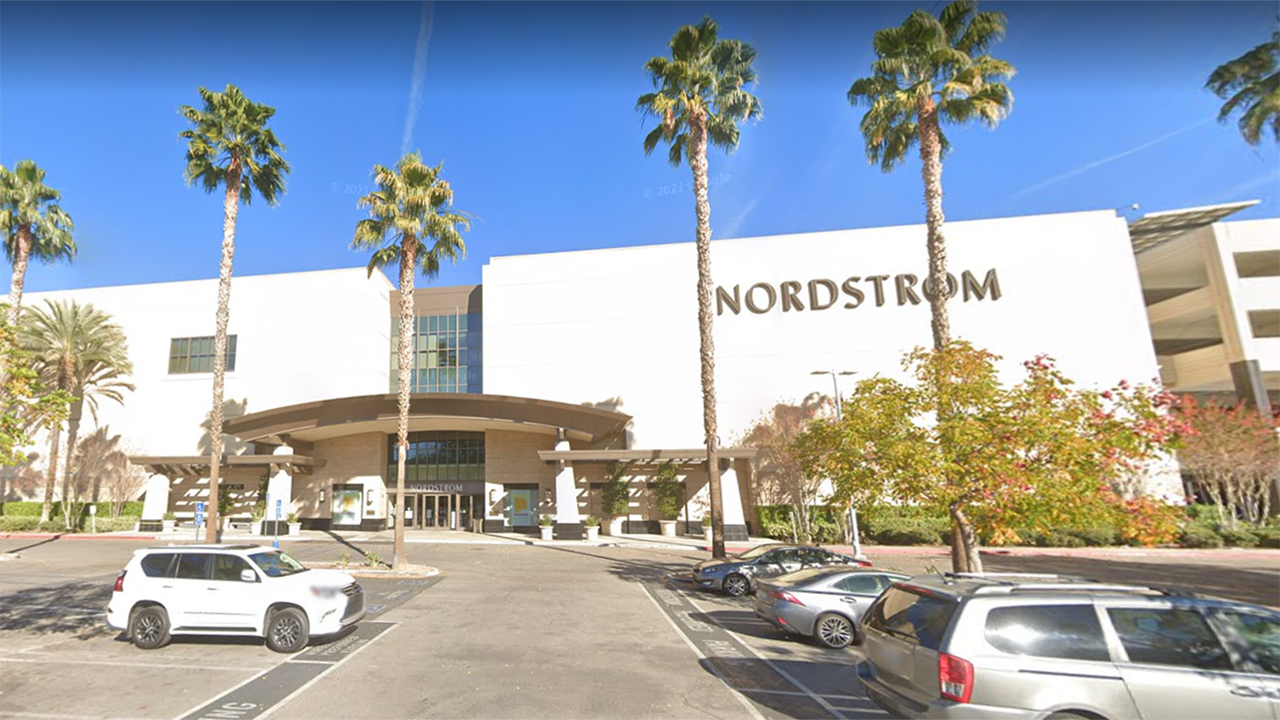 Smash-and-grab thieves were at it again in California on the eve of Thanksgiving.

A group of five suspects stole about $25,000 in expensive purses from a Nordstrom store in the Westfield Topanga mall in Los Angeles Wednesday evening. They assaulted and used bear spray on a security guard during the smash-and-grab, police said.

“It’s unfortunate because these people that are here are just trying to shop for the holidays [and] for their families,” said LAPD Deputy Chief Alen Hamilton, according to CBS LA. “We’ve deployed extra officers here. It just so happened that this was one part of the mall where they were able to get in and get out, even with our officers being deployed here.”

The police force deployed extra officers to the mall following a series of mob theft attacks in the state in recent days, but the thieves targeted the Nordstrom at a moment when no officers were around, the outlet reported.

The security guard was treated by paramedics and is expected to be OK following the attack.

At least one suspect was described as wearing an orange wig during the robbery.

The incident comes after a group of thieves smashed windows with a sledgehammer and other tools at a Nordstrom store at a luxury mall called The Grove late Monday in Los Angeles. Officers pursued an SUV involved in the crime. Three arrests have been made.

The owner of The Grove, Rick Caruso, slammed leadership in California for the rampant retail theft crimes in the state.

Gov. Gavin Newsom called on mayors in his state to “step up” and hold the mobs of shoplifters targeting retail establishments to “account” earlier this week after dozens of stores were affected by the crimes in the San Francisco area.

CALIFORNIA NORDSTROM RANSACKED BY 80 LOOTERS IN SKI MASKS WITH CROWBARS AND WEAPONS: WITNESS

“I’m not the mayor of California, but I was a mayor, and I know when things like this happen, mayors have to step up,” Newsom said Monday at a vaccine clinic in the Mission District of San Francisco. “That’s not an indictment. That’s not a cheap shot.”

In Walnut Creek, which is located about 25 miles from San Francisco, roughly 80 looters stormed a Nordstrom and took somewhere between $100,000 and $200,000 in merchandise, according to police. Three people have been arrested in connection to the robbery.

The crimes have also extended to San Jose, about 50 miles from San Francisco, where at least four people stole $40,000 from a Lululemon in an incident described by police as “organized robbery.”