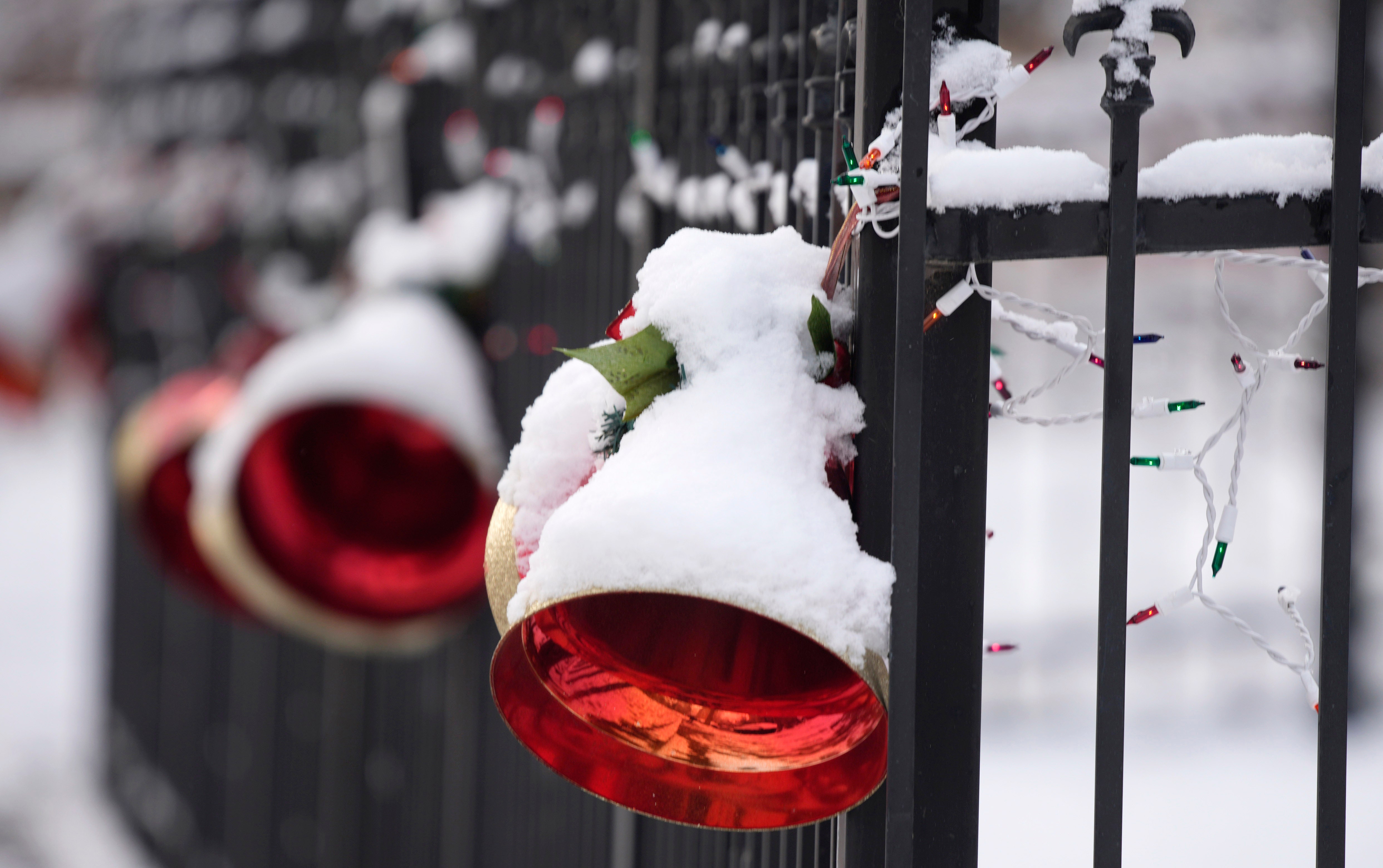 Denver finally saw its first snowfall of the season on Friday, shattering an 87-year-old record for the latest first snow.

A woman walks a dog after a storm swept over the region and deposited the first snow of the season Friday, Dec. 10, 2021, in Denver. (AP Photo/David Zalubowski)

It wasn’t much: The official measurement at the Denver International Airport was three-tenths of an inch (7.6 millimeters), according to Jim Kalina, a meteorologist with the National Weather Service in Boulder.

The snowfall was the first in 232 consecutive days in Denver, the second-longest snowless streak in city history only eclipsed by the mark of 235 days set in 1887. (AP Photo/David Zalubowski)

Kalina said the Denver metro region is experiencing extended La Nina weather patterns which tend to produce drier weather. And much of the U.S. West is experiencing a mega drought that studies link to human-caused climate change.

Climate scientists and meteorologists warn that the prolonged drought and lack of snow could threaten water supply and agriculture.

As the snow begins to fall, states are having trouble finding enough people willing to take the comparatively low-paying jobs that require a Commercial Driver’s License and often entail working at odd hours in dangerous conditions. (AP Photo/David Zalubowski)

In Utah, where Salt Lake City went snowless through November for only the second time since 1976, the first snowstorm hit this week to ensure the city didn’t match the record for the latest snowfall on record. That was set twice on Christmas Day in 1939 and 1943.

As the winter storms start dumping snow, states may see the effects of a lack of snowplow drivers due to the nationwide labor shortage.