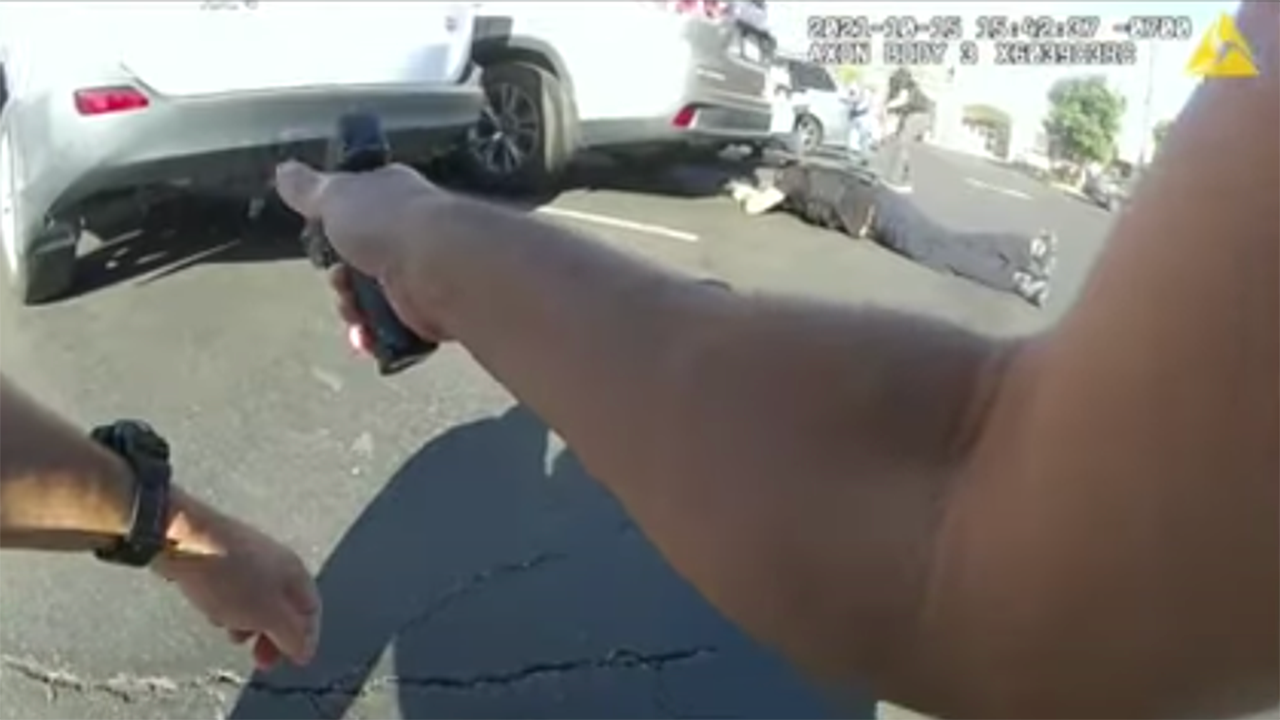 The suspect, identified as Michael Nelson, 42, was struck by police gunfire and succumbed to his injuries four days after the Oct. 15 incident, according to the Milpitas Police Department.

Police tried to stop him after they spotted the car that he was driving, which had been reported stolen a few days before.

Surveillance video shows two police cars boxing in the vehicle Nelson was driving at a shopping center. Nelson started to exit the vehicle and saw officers, then went back inside the car and grabbed a gun, according to police.

A shootout ensued as several officers ordered him to drop the weapon.

“Let me see your hands! Gun, gun, gun! Shots fired,” one officer can be heard saying on body camera footage.

In the aftermath of the shooting, Milpitas police said Nelson was the first person to fire his weapon, but they now believe a police officer fired first, after spotting Nelson exiting the vehicle with a gun.

After the prolonged exchange of gunfire, police brought multiple resources to the scene, including a drone, a K-9 unit, and a robot.

Police determined Nelson was no longer a threat after about 45 minutes and moved in to start providing medical aid.

An unregistered handgun with a green skull on it was recovered at the scene, as well as multiple high-capacity magazines.

“The body-worn camera video will show how quickly an enforcement stop can evolve into a violent encounter,” Milpitas police Chief Jared Hernandez said in a video released by the department.

“When a use of force results in the loss of life, we understand the impact is significant to the involved families, to the officers, to the department, and to our community as a whole.”

The Santa Clara County District Attorney’s Office is conducting an independent investigation into the shooting while Milpitas police do their own administrative review.