Home Sports The England captain broke the record of Inzamam-ul-Haq of Pakistan, becoming the... 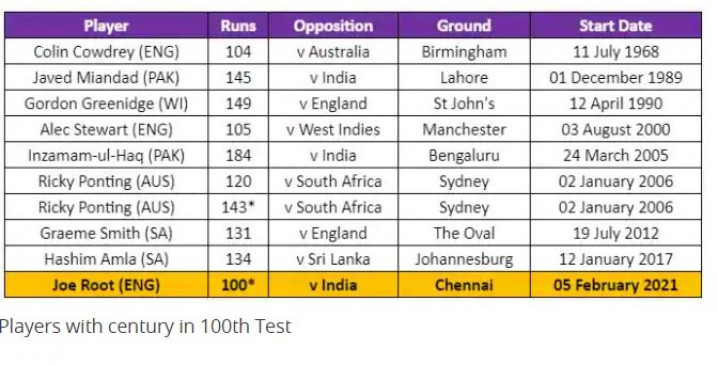 Joe Root, who scored a century in the first Test against hosts India at the MA Chidambaram Stadium here on Friday, said he wanted the maximum time at the crease to understand the wicket well. Root scored 218 off 37 fours with 19 fours and 2 sixes.

This is the 20th century of Root and this year is the third century. Root became the ninth batsman in the world to score a century in his 100th Test match. Ravichandran Ashwin completed the century with a single off. The captain said it was very special to score a century in his 100th Test. But I hope that this rhythm will continue further and that it will help to achieve a bigger score on the subcontinent. Root scored a century in three consecutive Tests. He became the first player in the world to score centuries in the 98th, 99th and 100th Tests. Root scored 5 centuries in 17 Tests against Team India. He played 7 Tests in India. In all these tests he scored five or more runs.

Colin Cowdrey of England scored 104 against Australia in the 100th Test. Similarly,

Former Australia captain Ricky Ponting is the only player to score a century in two innings in his 100th Test and Root is also expected to match the record.