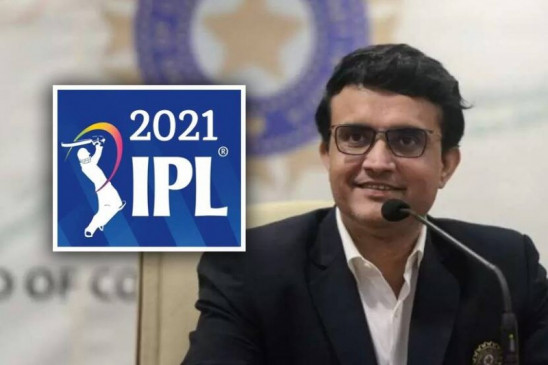 Digital Desk, New Delhi Delhi. Spectators may return to the IPL. BCCI president Sourav Ganguly, who is back in good health, said India should also host the IPL after the series against England in their own season and a decision would be taken soon to bring spectators back to the IPL.

“We will see if the spectators can come back in the IPL,” the BCCI president said. We will make a decision on this soon. It’s also going to be a great tournament. He added that from now on, one day-night Test match will be played in each home series.

Ganguly met the media for the first time twice after an angioplasty
Explain that former India captain and current BCCI president Sourav Ganguly has been very concerned about his health in the past. He complained of chest pain and underwent angioplasty twice in the same month. However, now Dada is completely healthy and first met the media.

All tickets for the third test were sold out
All tickets for the third Test between India and England at the Sardar Patel Stadium in Ahmedabad have been sold out and the BCCI President is happy with it. Ganguly said it was a good sign, but we will soon decide whether the spectators will return to the next and biggest stage of cricket in India – the IPL.

Four-match Test series 1-1 draw
The four-match Test series between India and England is 1–1 and the next Test will be played at the Sardar Patel Stadium in Ahmedabad from February 24, which will be a day-night Test match. With a capacity of 1 lakh 10, it has become the largest cricket stadium in the world.

He said he was very happy with the return of cricket. I spoke to Jai Shah (BCCI Secretary). He is constantly overseeing the preparation of Test matches there. Six or seven years later cricket is coming back in Ahmedabad and they have built a new stadium. I said we should set an example with the Pink Ball Test.

Ahmedabad Test 50% of the audience passed
The stadium has a capacity of 10 lakh spectators, the highest of any cricket stadium in the world. The administration approved 50 per cent of the spectators at the stadium for the third Test. England will play two Tests and five T20s, the third of which will be played on February 24 with the Pink Ball. “We want the audience to come back,” Ganguly said. We wanted the spectators to come back in the first Test in Chennai, but then for some reason it was approved.