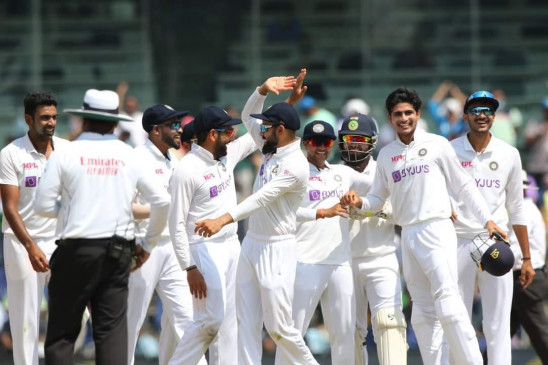 Digital Desk, Mumbai. The Cricket Board of India (BCCI) has announced a 17-man squad for the last two Tests against England. Fast bowler Shardul Thakur has been dropped from the squad for the Vijay Hazare Trophy. He will be replaced by fast bowler Umesh Yadav. However, Umesh Yadav will show fitness and will then join the team in Ahmedabad. Shahbaz Nadeem Nadeem also did not get a place in the team.

Mohammed Shami is not completely fit
Umesh was injured in the second Test against Australia in Melbourne. His calf muscles stretched. After this, he returned home. Another fast bowler, Mohammad Shami, was injured in the first Test in Adelaide and is believed to be fully fit for the five-day match.

Three fast bowlers can play in the Day-Night Test
The pink ball is used in day-night test matches. Increased use of cold grass, light grass on the pitch and lacquer on the ball makes the weather more conducive to swing and fast bowling later in the evening. For this reason, India could land a third Test with three fast bowlers. Ishant, Bumra and Mohammad Siraj can play this match if Jaspreet Bumra is fully fit. If any of these players rest, Umesh may be in place. However, the idea is to give Hardik Pandya a chance along with two fast bowlers. Pandya will play in this Test only when he is fit to bowl.

Currently 1-1 series
The four-match Test series is currently 1–1. The first two Tests were played in Chennai. England won the first match by 227 runs and India won the second Test by a record 317 runs. It was India’s biggest win over England in terms of runs.