Kuwait City, April 20: Informed sources clarified that until now, no date has been approved to allow the holding of weddings, conferences and events, and the opening of cinemas and theaters, pointing out that it will be approved in conjunction with the decision to move to the fifth phase of the plan for a gradual return to normal life. Source Al-Anba

The sources said: The changes in the Corona pandemic have postponed the continuation of the implementation of the gradual return to normal life worldwide, not just on a regional or local scale.

Senior sources confirmed that the Council of Ministers, in its regular session yesterday headed by His Highness the Prime Minister Sheikh Sabah Al-Khaled, ruled out the application of the total ban in the last ten days of Ramadan, and the Council decided to continue applying the partial ban until the end of Ramadan, from seven in the evening on Thursday. Until five in the morning of the following day, provided that the decision is reviewed after re-evaluation of the epidemiological situation.

They said that the council’s decision to continue implementing the ban and linking the review of the decision to a reassessment of the epidemiological situation is not primarily linked to the completion of the vaccination of 75% of citizens and residents.

They explained that the aim of the extension is to prevent social gatherings in the diwaniyas and to maintain the distance between people to reduce the number of infections and reach the safe rate in order to preserve the health of everyone.

It indicated that the extension of the ban came after the Minister of Health, Sheikh Dr. Basil Al-Sabah, informed the Council of the epidemiological situation, as it was evident that the number of injuries and deaths and the percentage of intensive care occupancy in hospitals was evident.

Moreover, private sources reported to Al-Anbaa that the time period and controls for holding Eid Al-Fitr prayers will be announced by the Council of Ministers later, calling for the establishment and operation of health insurance hospitals in the fullest possible way, in a manner that will positively affect health services in the country and contribute to their development.

Cabinet: Continue to implement the ban until the end of Ramadan

The Cabinet decided to continue implementing a partial curfew in the country from the evening of next Thursday until the end of the blessed month of Ramadan.

The official account of the Government Communication Center on the social networking site (Twitter) said today, Monday, that the partial curfew will start from 7:00 pm next Thursday until 5:00 am the next day.

The Government Communication Center added that this decision will be reviewed in a timely manner after reassessing the epidemiological situation in the country.

The Cabinet decided in early April to continue implementing the partial curfew in the country, provided that it will start on the eighth of April until the 22nd of the same month, from 7:00 pm until 5:00 in the next morning.

Also Read: Automatic block if attendees are not installed with Curfew Permits

Private sources told Al-Anbaa that the time period and the regulations for holding the Eid Al-Fitr prayer will be announced by the Cabinet later.

5 factors that determine the end of the partial ban

Informed sources said, in exclusive statements to Al-Anbaa, that the cabinet’s decision to extend the partial ban until the end of the blessed month of Ramadan and linking the review of the decision to a reassessment of the epidemiological situation is not primarily linked to the completion of vaccination of 75% of citizens and residents.

She explained that the aim of the extension is to prevent social gatherings in the diwaniyas and to maintain the distance between people to reduce the number of injuries and reach the safe rate in order to preserve the health of everyone.

The following is the text of the cabinet meeting statement

The cabinet held its weekly meeting yesterday afternoon at Seif Palace under the chairmanship of His Highness Sheikh Sabah Al – Khalid Prime Minister and after the meeting, Foreign Minister and Minister of State for Cabinet Affairs Sheikh Dr. Ahmad Nasser Al – Mohammad, including the following:

Took His Highness the Prime Minister of the Council note at the outset of its content of the Contact The phone he received from the Minister of Foreign Affairs of the Russian Federation Sergey Lavrov, which dealt with the distinguished bilateral relations between the two friendly countries and other issues of common interest.

Then the Cabinet listened to an explanation provided by Minister of Health Sheikh Dr. Basil Al-Sabah on the developments of the epidemiological situation due to the (Covid-19) pandemic at the global and local levels, as it was evident from the statistics of the reality of the high numbers of injuries and deaths and the percentage of intensive care occupancy in hospitals as he explained to the Council the preventive measures that Taken by the Ministry of Health to implement the vaccination plan in the country according to the approved mechanism, stages, target groups, and priorities, explaining the numbers of Kuwaitis and residents who received the vaccine.

The Cabinet urged all citizens and residents not to be complacent, assume social responsibility, and hasten to take the anti-virus vaccine, as it is the only way to reduce deaths and injuries, relieve pressure on hospitals, occupy intensive care, and pass this pandemic, God willing.

Then the Cabinet examined the recommendations of the Ministerial Committee for Corona Emergencies and the Cabinet decided the following:

1 – Continuing to apply the partial curfew in the country as of Thursday evening, corresponding to 4/22/2021, starting from seven in the evening until five in the morning of the next day, until the end of the blessed month of Ramadan, and this decision will be reviewed in a timely manner and after a re-evaluation. The epidemiological situation in the country.

2 – Assigning the concerned authorities – each in his field of competence – to implement the provisions of the decision.

On the other hand, the Council of Ministers was informed of the recommendation of the Economic Affairs Committee regarding the second report of the Supreme Energy Committee in Kuwait “Kuwait Strategy for Sustainable Energy Security (the White Document)”. The Council commended the efforts made by the concerned authorities in order to provide clean and renewable energy in order to achieve the goals. Sustainable development according to Kuwait Vision 2035.

The Council of Ministers then discussed political affairs in light of the reports related to the overall current developments in the political arena at the Arab and international levels, and in this regard, the Council of Ministers expressed its strong condemnation and denunciation of the attack that targeted Erbil International Airport in the Kurdistan region of Iraq, as well as the terrorist bombing incident that targeted a popular market in eastern Baghdad. Which led to the killing and wounding of a number of innocent people, expressing Kuwait’s support for brotherly Iraq in all measures it takes to preserve its security and stability and affirming Kuwait’s firm and principled position in rejecting and condemning terrorism in all its forms and manifestations.

The Cabinet also expressed deep pain over a train overturn in Qalyubia Governorate in the sisterly Arab Republic of Egypt yesterday, which resulted in the deaths of a number of victims and injured, expressing sincere condolences and sympathy to President Abdel Fattah El-Sisi, President of the brotherly Arab Republic of Egypt, the brotherly Egyptian people, and the families of the victims in particular. 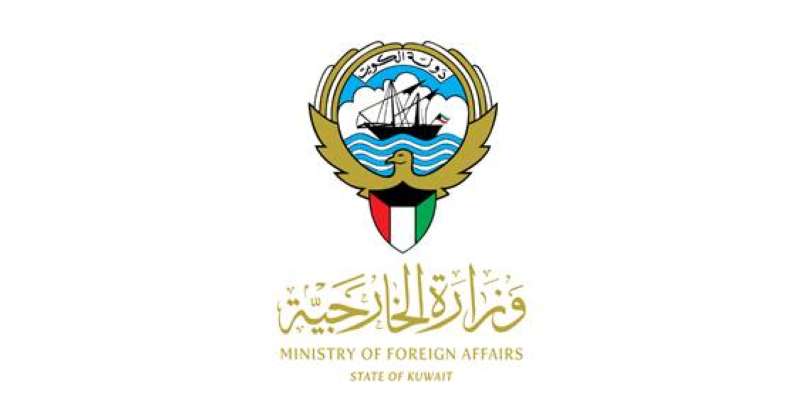