Home Local News Informative The President of the Constitutional Court discussed with the French judicial attache... 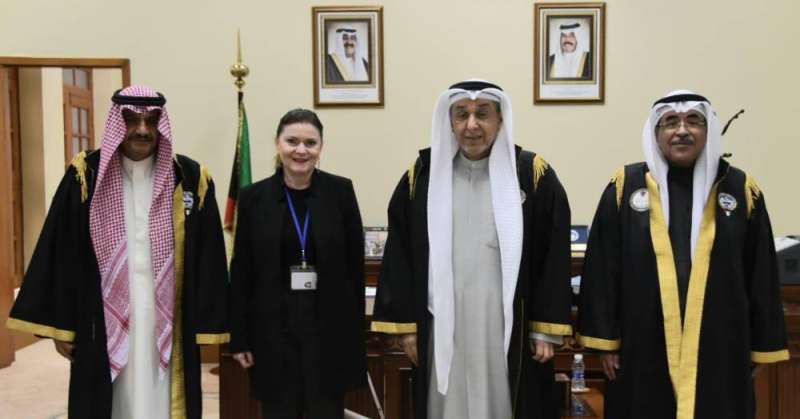 The President of the Constitutional Court, Counselor Mohamed Bennaji, the Judicial Cooperation Attaché at the French Embassy in the country and Judge Crystal Chages of the French State Council discussed aspects of the distinguished relations between the two friendly countries in the legal and judicial fields.

The statement indicated that the appointment of Judge Crystal as a legal and judicial cooperation attaché in Kuwait is a precedent in the Arab world and the Middle East, and this is a recognition and appreciation of the country’s distinguished judicial and legal role.

The meeting was attended by members of the Kuwaiti Constitutional Court, Counselor Fouad Al-Zuwaid and Counselor Adel Al-Bahouh.