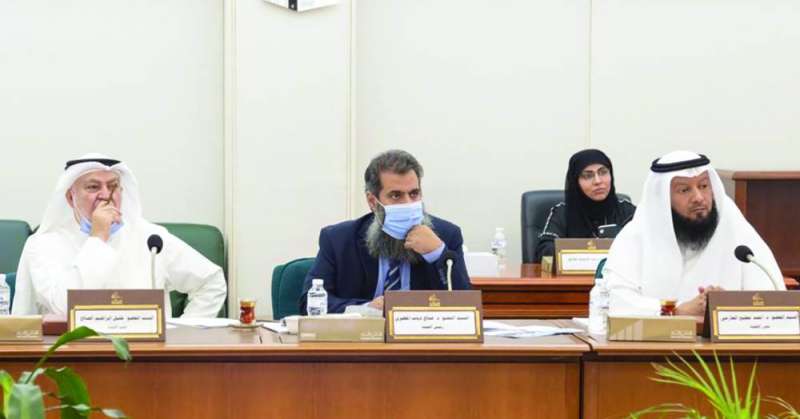 The Committee’s opinion on the government’s proposal for the disabled:
Rejection of the amendment to the “definition of the disabled” due to the clarity of this in the Basic Law
– The proposal restricts benefiting from the exemption by the decision of the Commission, which means that services are not comprehensive as it was previously

Next Monday, the Parliamentary Health Committee will discuss a number of proposals for laws regarding social care for the elderly, and a draft law to amend the Disabled Law 2010/8, some of which the committee did not approve of. The committee’s report, which Al-Rai obtained a copy of, included the opinion of the Technical Office on the proposals and the government project.

The proposals for laws aim to equalize all elderly persons in exemptions from established fees, by deleting the word “indigent” from where it appears in the law, and reducing working hours by two paid hours per day for the person charged with caring for the indigent elderly, in addition to a new penalty for anyone who insults an elderly person or an elderly woman. or assaulted or assaulted him, for a period not exceeding one year and a fine of no more than a thousand dinars, or one of these two penalties, to protect the elderly and preserve his dignity.

The proposals also included dropping the existing government debts on the covered elderly, and providing adequate housing at a low rental value for the elderly men and women who have not been married before. In the second item of the memorandum, a draft law amending some provisions of Law 8/2010 regarding the rights of persons with disabilities. The draft included amendments to several articles and aimed, in their entirety, to replace some provisions that the practical and realistic application showed the need for, in order to reach the best possible result when applying.

The draft included an amendment related to the definition of a disabled person to have a stable, total or partial deficiency in any of his physical, mental, mental or sensory abilities, limiting his ability to perform one or more of the basic daily personal or social activities, and reducing the chances of his inclusion in Society is on an equal footing with others.

The Parliamentary Health Committee did not approve the amendment and said, “We note that the definition contained in the original law was clear and specific, in line with the definition contained in the International Convention on the Rights of Persons with Disabilities, as both definitions indicated the reason, which is the presence of permanent or long-term disability, The result is (deficiency in physical, mental or sensory abilities), as both texts meet two conditions that are inseparable for establishing the character of disability: that he suffers from permanent illness or permanent partial or total disability.

And that these impairments lead to a deficiency in the physical, mental or sensory capabilities, and it is not required, according to the text of the text, that the fulfillment of these two conditions prevent him from securing the necessities of his life for work.

The committee’s memorandum added that “the definition contained in the draft law can be interpreted from several angles, and we find that in order for the disability to be established, several combined conditions are required: that the person has a complete or partial deficiency in any of his physical, mental, mental or sensory capabilities.

It concluded that “the requirement that the above conditions are concomitant, including the stability of shortcomings, and stability here may be interpreted as requiring a period of time, which may not mean permanence, but rather means stability that may have a beginning and an end, and this will be a new restriction, apart from the requirement of stable failure without Illness, as it is in the current definition, will narrow the concept of disability. Illness is someone who has a disease as a result of a disease that differs from insufficiency, which means a deficiency in the performance of the function of a member of the body or in part of it. disability certificates.

She pointed out that “the definition obligated the stable deficiency to limit its capabilities and reduce the opportunities for integration, and thus the definition has removed the possibility that exists in the original law and the International Convention on the Rights of Persons with Disabilities.

Therefore, we find that the text presented in it tightens the conditions for granting a disability certificate, so that it is granted only to those who meet the definition. The project did not specify the minister responsible for the disability authority.”

The committee noted the disapproval note that “the proposal restricts the benefit of the exemption by a decision of the authority, which means the lack of comprehensiveness of services as it was in the past, and the instability of the exemption as well.”