Kuwait News, Aug 15: Today, Sunday, government agencies witnessed the return of the official working system with the full working capacity and at a rate of 100 percent after about a year and a half, in parallel with the improvement of health indicators in the country and a continuous decline in the number of cases of infection with the emerging coronavirus (Covid 19), deaths, the percentage of beds in hospitals and the number of people receiving treatment In intensive care.

This stage of détente came after several stages witnessed by the working hour’s system in public authorities and gradually raising the attendance rate for employees since the start of the Corona pandemic in the country, amid health measures that began to reduce the percentage of workers as much as possible at the time to preserve public health.

Amid signs of the return of life to normal in the country, His Highness Sheikh Sabah Al-Khaled, the Prime Minister, stressed during his visit to Sabah Al-Salem University City last Thursday that by the end of next September, we will reach 70% of the country by vaccination with the Corona vaccine, which gives societal immunity through which we can return. to normal life.

His Highness added, “We reached the number of two million and 600,000 restaurants with the Corona vaccine, approximately 66 percent,” at a time when the Ministry of Health announced yesterday, Saturday, that the percentage of restaurants reached 68.4 percent of the targeted segment in the State of Kuwait, “which brings us closer, God willing, to achieving the campaign for the desired goal.”.

On August 4, the Council of Ministers approved the return to the regular official working hours in all government agencies, starting today, Sunday, after Health Minister Sheikh Dr. Basil Al-Sabah explained to the council the latest developments in the health situation in the country, which is witnessing a decline in the number of coronavirus infections, deaths and the rate of family occupancy. In hospitals and intensive care.

On the following day, the Civil Service Bureau issued a circular regarding the decision of the Council of Ministers regarding the return of the regular official working system in all government agencies, as of today, stipulating the abolition of all cases of exemption from work. It stipulated the abolition of the flexible working hours and the rotation system and the return to work with the entire official workforce.

He pointed out that the regular official working hours (seven hours) have been restored, provided that the official working hours begin and end on the same dates that he used to work for the authority and return to the Civil Service Bureau in case of changing these appointments while adhering to any dates proposed by the authority after the prescribed hours and full compliance with the decision of the Council Civil Service No. 41 of 2006 regarding the rules, provisions, and controls of official work and its amendments.

And the official spokesman of the Ministry of Health, Dr. Abdullah Al-Sanad, recently stated that the last period witnessed a decline in the indicators of the epidemiological situation in terms of percentages of injuries to swabs, intensive care cases, and (Covid-19) wards, thanks to God, then the efforts of the health system and the collective cooperation of citizens and residents.

The continued decline in infections came with the increase in the frequency of vaccination in Kuwait through the national campaign to vaccinate (Covid-19) with its various branches and centers in all governorates, in light of the tangible care of citizens and residents.

Government agencies had resumed work after the last Eid al-Fitr holiday, with a staff rate of 60%, mostly in compliance with the decision of the Council of Ministers in this regard. Employees, except for those exempted from them, while adhering to health requirements.

But the Ministry of Health was the only public agency in which 100 percent of its employees continued to work before that, at a time when work in other ministries was limited to 30 percent of employees, due to the nature of the ministry’s work during the pandemic.

On June 25, 2020, the Council of Ministers canceled its decision to suspend work in government departments and its amendments, so that the start of work from June 30 with a capacity of not more than 30 percent, and on July 28 of the same year, and within the implementation of the third phase of the gradual return to work, the percentage of the number of workers was raised to no over 50 percent.

And based on the decision of the Council of Ministers to move to the fourth stage of the gradual return to normal life, as of August 18, 2020, it was permissible to raise the percentage of the number of workers to more than 50 percent, and each government agency will determine the percentage that exceeds 50 percent.

In the current year, Circular No. (4) of 2021 was issued obligating government agencies to limit the number of workers in government workplaces to no more than 30 percent, and it will be implemented from February 24 last until further notice, followed by decisions to gradually raise the percentage to reach 100 percent, starting from today is Sunday. 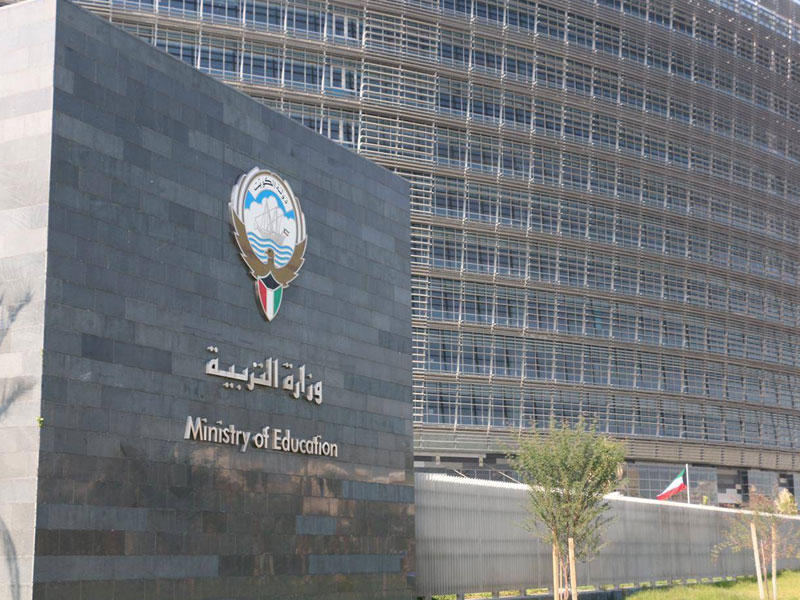