Home Local News Informative The Minister of Interior inspects the facilities of the Saad Al-Abdullah Academy... 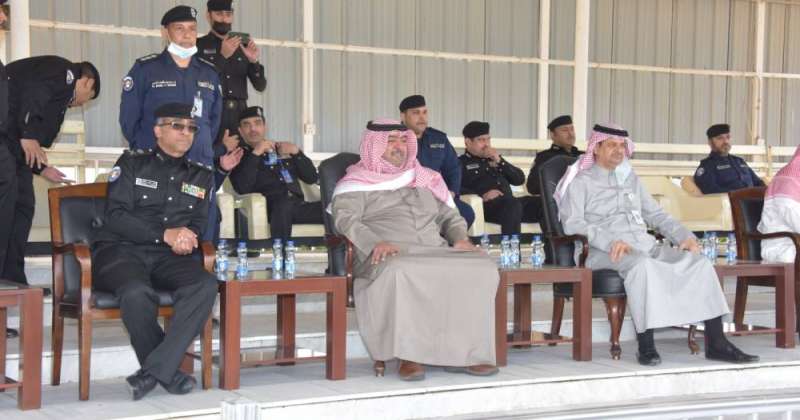 The Minister of Interior Sheikh Thamer Al-Ali, accompanied by leaders of the training and education sector, toured the facilities of the Saad Al-Abdullah Academy for Security Sciences.

On the sidelines of the graduation of the eleventh session of the university non-commissioned officers, and at the beginning of the tour, Al-Ali watched a martial arts show for the students of non-commissioned officers (first sergeants) that included a variety of martial arts, military and self-defense skills, then watched a performance by the music band and then a cavalry show. He went to the field of obstacles and watched a presentation for students of specialization officers to pass obstacles of all kinds, and he concluded his tour by inspecting the classrooms, and he watched the students on the study benches, then inspected the dormitories of students officers batch (47).

Al-Ali praised the seriousness, enthusiasm, physical strength and high training that the students presented in the performances, wishing them success to join the security system and the watchful eye to serve the country and maintain its security and stability.