Home Local News Informative The Kuwaiti-Saudi Business Owners Forum concludes with the signing of a number... 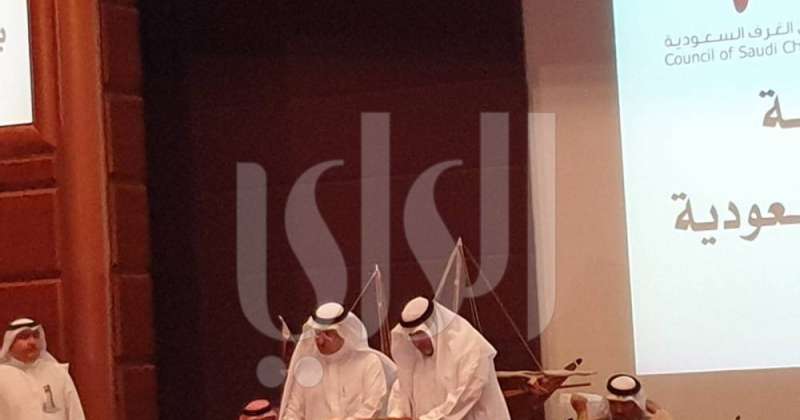 Al-Sager: To revive the Cooperation Committee to develop relations and solve obstacles
– Al-Ajlan: 7.7 billion riyals, the volume of trade exchange between Kuwait and the Kingdom during 2020
– Mishaal Al-Jaber: Introducing the Abdali Economic Zone.. very soon
– Mahdi: We have in Kuwait a partnership between the public and private sectors and the citizen, and the first fruits of it are the North Al-Zour project
Al-Omari: We look forward to working in Kuwait on projects in North Al-Zour.. We demand an acceleration of the procedures
Al-Hajri: The countries of the region sell petrochemical raw materials for about 800 dollars and re-import them at 3,600 dollars
The guide: There is no Saudi Arabia without Kuwait… and there is no Kuwait without Saudi Arabia

The Kuwaiti-Saudi Business Owners Forum concluded its activities today with the signing of a number of agreements between Kuwaiti and Saudi companies.

The forum was inaugurated this afternoon. During the opening, the President of the Chamber of Commerce and Industry, Muhammad Al-Sager, called for urgently reviving the cooperation committee between the two countries to develop bilateral relations and solve the obstacles that stand in the way of increasing cooperation in all fields.

In turn, the head of the Federation of Saudi Chambers of Commerce, Ajlan Al-Ajlan, said, “7.7 billion riyals is the volume of trade exchange between Kuwait and the Kingdom during the year 2020”.

The Director General of the Direct Investment Promotion Authority Sheikh Mishaal Al-Jaber reviewed the foundations of “Kuwait Vision 2035”, and the most prominent legislation and plans to attract investors.

Sheikh Mishaal Al-Jaber revealed that the Investment Promotion Authority is about to launch the Abdali Economic Zone in the near future, noting, “We are meeting with representatives of the local and international private sector to find out the advantages required of investors before announcing the offering of economic zones in Kuwait.”

Then the Secretary-General of the Supreme Council for Planning and Development Khaled Mahdi spoke, where he said that the vision of the leaders in the Gulf Cooperation Council countries created integration between the efforts of the public and private sectors and civil society in the Gulf, and led to the intersection of interests between all parties.

He added: We suffer from low productivity in the government sector, which led to the launch of Vision 2035 to enhance the presence of the private sector and improve the business environment in the country.

Mahdi pointed out that “120 billion dollars is the value of strategic projects in the economic sectors since 2010 until today.”

He added: We look forward to working in Kuwait on projects in North Al-Zour… We demand that the procedures be expedited and clarified in the country to help us invest in the country.

For his part, Chairman of the Board of Directors of Al-Mubdaa Specialized Chemicals Company, Nasser Al-Hajri, said that the countries of the region sell petrochemical raw materials at about $800 and re-import them with manufactured materials at about $3,600.

The head of the National Real Estate Committee in the Federation of Saudi Chambers, Muhammad bin Abdullah Al-Murshed, made it clear that there is no Saudi Arabia without Kuwait… and there is no Kuwait without Saudi Arabia.