Kuwaiti Minister of Foreign Affairs and Minister of State for Cabinet Affairs Sheikh Dr. Ahmed Nasser Al-Mohammad and his Spanish counterpart Jose Manuel Alparis praised today, Tuesday, the distinguished bilateral relations between the State of Kuwait and the Kingdom of Spain.

This came in two recorded speeches of the two ministers that were presented at the opening of the round table set up by the Embassy of the State of Kuwait in Spain on the occasion of the 60th anniversary of the establishment of diplomatic relations between the two countries.

Kuwaiti Foreign Minister Sheikh Dr. Ahmed Nasser Al-Mohammad said that “the relations between the two friendly countries have passed countless luminous stations,” noting that this “contributed to strengthening and consolidating official and popular relations between them in all fields.”

He added, “The relations between the two countries have gone through fateful and existential situations in which the two countries demonstrated their commitment to principles that cannot be waived, the most prominent of which is Spain’s supportive position when Kuwait, during its independence period, submitted its application to join the United Nations, as well as its historical position during the brutal Iraqi aggression against Kuwait in 1990.” In this context, he pointed out that “Kuwait does not forget the position of friendly Spain in support of the Kuwaiti right, and that it is still engraved in the memory and hearts of all Kuwaitis.”

The Kuwaiti Foreign Minister considered that “the close and continuous communication between the governments of the State of Kuwait and the Kingdom of Spain over the past decades is an indication of a high-level coordination that has led to convergence of views on all issues on the regional and international arenas and to the exchange of support in international forums,” pointing in this context to the continuous momentum. For mutual visits between senior officials from both sides.

He continued, “When we talk about Kuwaiti-Spanish relations, what distinguishes them is the common history and the cultural heritage it holds that bring distances closer, because the Kingdom of Spain with its various cities is one of the favorite travel destinations for the Kuwaiti people over the past decades.” Sheikh Ahmed Al-Nasser expressed his thanks “for the support and care provided by Spain and its government to the Kuwaiti citizens present on its soil.”

In a related context, he stressed the ability of the State of Kuwait and its desire to enhance its presence in the field of energy in Spain through the full ability to provide the Spanish market’s needs of oil derivatives, given the great experience that the State of Kuwait possesses in this sector. Sheikh Ahmed Al-Nasser praised the great role of Spanish companies present in the State of Kuwait in implementing Kuwait’s 2035 vision, calling on the private sector in Spain to take advantage of the great opportunities that the Kuwaiti market abounds in, in the interest of the two friendly countries and deepening relations between them.

He pointed out that Spain is one of the main destinations for Kuwaiti citizens to be hospitalized due to its pioneering experience in the medical field, and said, “It is one of the promising areas for further cooperation between the two countries.”

Al-Nasser praised the friendly positions of the Kingdom of Spain regarding Arab and Islamic issues, especially the Palestinian issue, and its continuous support for the principle of the two-state solution, as stipulated in international legitimacy resolutions, in a way that guarantees the rights of the Palestinian people and the achievement of their legitimate demands.

He congratulated the Kuwaiti and Spanish sides on this dear occasion, calling for expanding and deepening the horizons of cooperation between the two friendly countries. For his part, Spanish Foreign Minister Jose Manuel Albarez said in a recorded speech that the two countries shared 60 years of friendship between governments and peoples of the two countries.

He explained that although the celebration of the 60th anniversary of the establishment of diplomatic relations between the two countries comes in the midst of an unprecedented pandemic, the two countries have succeeded in renewing and strengthening bilateral relations and giving a new impetus to cooperation at all levels.

Al-Paris stressed the importance of coordination and deepening bilateral cooperation in issues of interest to the two friendly countries in various fields, and developing strategies to confront common challenges.

In this regard, he said, the distinguished political and diplomatic relations between the two countries must be accompanied by close cooperation in the economic and commercial aspects and in the field of investments for the benefit of the peoples of the two countries and the companies and institutions.

Alparis stressed the importance of exploiting opportunities to deepen cooperation in the fields of health, education, food security and all areas that have a significant impact on the Kuwaiti and Spanish peoples, including digital transformation and cybersecurity, explaining that work will be done in the coming months to deepen cooperation in those areas and in the fields of culture and tourism between the two friendly countries.

Alparis expressed the Spanish government’s desire to consolidate the bonds of joint cooperation between Spain and Kuwait in all fields. 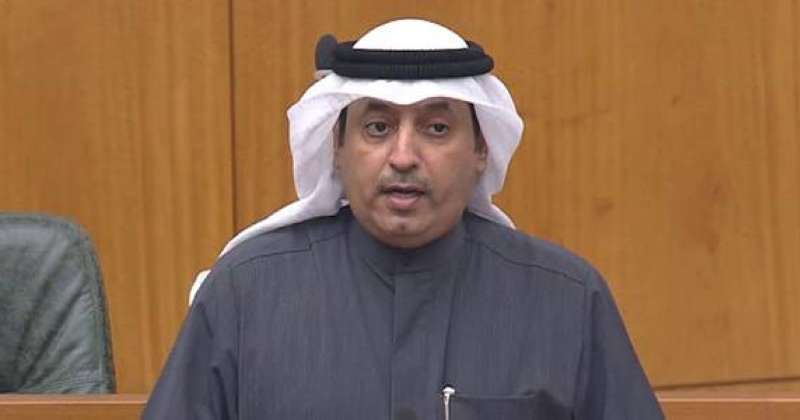