Skip to content
Facebook Instagram LinkedIn Twitter
Home Local News Informative The culmination of a long journey of giving that lasted for more than half a century, the announcement of the Al-Ujairi Scientific Center as the first specialized entity in the field

– His Highness Sheikh Nasser Al-Mohammed: Al-Ujairi is a pioneer of astronomy and his research is a reference on the Arab and Islamic levels.
Youssef Jamal Al-Ajiri: Our goal is to launch a new stage and preserve the march

As a culmination of a busy scientific career, the Al-Ajary Scientific Center for Research and Development in the field of astronomy and space sciences was recently announced, whose Board of Trustees is chaired by His Highness Sheikh Nasser Al-Mohammed and the Board of Directors is headed by Dr. Saleh Al-Ajiri.

The idea of ​​establishing the center was launched by the late Jamal Saleh Al-Ajiri, who drew the outlines of the institution according to a vision supervised by his father, with the aim of ensuring the path of astronomy in Kuwait, as well as the continuation of the efforts made by Dr. Salih Al-Ajiri, the founder of astronomy in the country.

The Al-Ujairi calendar, which was launched from Kuwait in 1938 and was considered in accordance with the decision of the Council of Ministers ( ( 24-2/2006 The official calendar of the State of Kuwait at the level of calculating times, new moons and astronomical phenomena, and the main scientific reference for other calendars thanks to its accuracy and professionalism.

The center’s vision is to create an environment that incubates astronomical creativity, develop this science, and maintain the continuity of the march of this science in Kuwait through the center’s tasks, which include astronomical calculations, calculating times and new moons, issuing and publishing calendars, providing scientific advice and organizing related conferences.

In his speech during the first meeting of the Board of Trustees to announce the announcement of the center, His Highness Sheikh Nasser Al-Mohammed affirmed that the center is an important building block to the edifice of scientific research institutions in Kuwait and a new achievement to be added to the record of achievements in the path of Dr. Saleh Al-Ajiri.

He added that Kuwait is proud of that march because of its sincere efforts and tireless bids that had the greatest impact on the development of the Kuwaiti scientific research process, as Al-Ujairi is considered one of the pioneers and symbols with clear fingerprints in the history of scientific research in the fields of mathematics and astronomy, and his books contributed to the development of both fields in Kuwait. and the Arab and Islamic worlds.

He explained that the research of Dr. Al-Ajiri has become a scientific reference for many researchers and astronomers, and his usual scientific accuracy was a major reason for adopting his calendar of the Hijri and Gregorian dates and prayer times in all government transactions in Kuwait and the private sector, led by the Kuwait Chamber of Commerce and Industry, which adopted it in its commercial transactions.

Al-Mohammad recalled the weekly meeting with Dr. Saleh Al-Ajiri in the diwaniya of the late Karim Barjas Hammoud Al-Barjas, the former president of the Kuwaiti Red Crescent Society, who had clear fingerprints and a good impact in the field of humanitarian and volunteer work. Complete the process of development and construction.

In turn, the Vice Chairman of the Board of Directors, Yousef Jamal Al-Ajiri, the Chairman and members of the Board of Trustees and the administration, thanked for their efforts, pointing to the great role of his late father in preparing and preparing for the establishment of the center under the direct supervision of his grandfather, Dr. Saleh Al-Ajiri.

He pointed out that the center’s goal is to preserve the path of Dr. Saleh Al-Ajiri and the calendar, which he laid its foundations, to launch the scientific institutional work to complete this path and provide the most accurate and latest astronomical information useful to the Kuwaiti society.

Members of the Board of Trustees:

A team of professionals

The center is a private institution licensed by the state authorities, and the sons of the late Jamal Al-Ajiri, Youssef, Saleh, Maryam and Sarah Jamal Al-Ajiri contributed to the completion of its vision, with the blessing and follow-up of Dr. Assistant Hamad Al Hammad and astronomer Khaled Abdullah Al Jamaan.

In conclusion, the Center and those in charge of it extended their sincere thanks to His Highness Sheikh Nasser Al-Mohammed Al-Sabah, Chairman of the Board of Trustees and members, and to Mr. Dari Barjas Al-Barjas for his efforts and support. 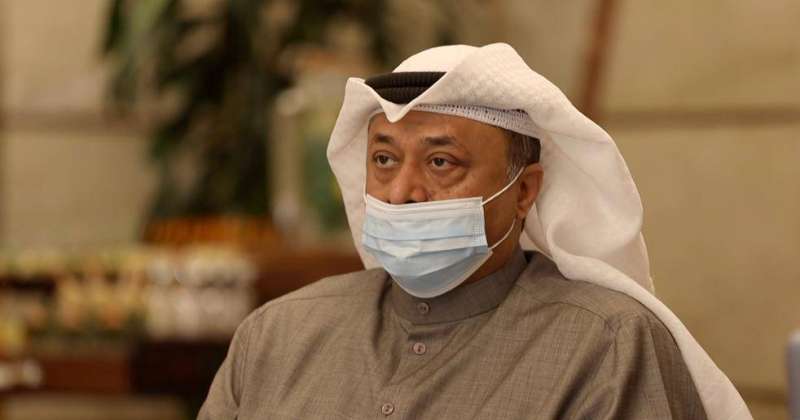