The Caliph: If this increase goes unchallenged, the government will attack other subsidies
Al-Mounes: The government has limited the owners of halal between the hammer of drought and the anvil of the cost of fodder
– Al-Youssef: “Agriculture” does not have the judicial control over the violation of the sellers of “Al-Madmoom” in the black market

The repercussions of the decision to raise feed prices are still interacting, until they reached a sit-in by dozens of halal breeders, in front of the Public Authority for Agriculture and Fisheries building, with parliamentary support, yesterday, amid a demand to protect halal owners and facilitate their access to feed and protect them from the black market that took advantage of raising prices to increase it in turn. Feed prices and ignites.

Among the protesting educators, Representative Marzouk Al-Khalifa stressed “the need to support livestock breeders and support the feed provided to them, because they are the protective shield in the food security system and their impact will be reflected on the consumer and the prices of red meat, dairy, poultry and others will rise,” pointing out that “the high price of barley led to an increase in feed. The other one has even lost it from the market.

In statements to Al-Rai, Al-Khalifa indicated that “the Director of the Agriculture Authority, Sheikh Muhammad Al-Yousef, was interviewed to convey the demands of breeders in providing alternative fodder, increasing support for basic fodder, and opening pastures to halal,” stressing that “the Director General revealed a letter addressed to the Ministry of Commerce.” To allow anyone who wants to buy fodder to go to the Kuwait Flour Mills Company to buy fodder in the quantity he wants, without reviewing the authority or relying on the feed cards that were issued from it.”

He added that “the current situation helps the emergence of the black market by buying from the company for those who are not serious about raising and selling halal to them, as many receive fodder unjustly,” stressing that he will adopt this proposal with the Ministry of Finance and Trade in the prospective government, although it is Purchasing via the civil ID, and for those citizens who wish, “with the implementation of this proposal, fodder will be available, and you will not find a place for it on the black market, as is the case with a bag of bread that is sold subsidized to all and in the quantity that the consumer wants to buy.”

The Khalifa stressed “the need to support educators, because their sit-in is the first line of defense for the subsidies provided to the citizen, and in the event that this increase goes without objection, the government will attack other subsidies, such as supply, electricity, water, building materials and others,” wishing “from his fellow deputies to stand united.” With this sit-in and objection to the increase in feed and the lifting of subsidies for it.”

In turn, Representative Khaled Al-Mounes confirmed that the government is continuing its plan to completely abandon the support of halal owners, noting that “raising feed prices at this time portends a major catastrophe and a wave of price hikes, not only at the level of milk and meat, but will extend to poultry and the rest of basic commodities. For the consumer, the victim, the citizen, and the food security system, which we only hear about in the statements of officials.”

Al-Mounes added that “halal owners have become between the hammer of dry pastures and the anvil of the high prices of feed, especially that all of them are retirees and people with limited incomes, taking into account that the state does not allow them to import directly, in addition to the continuous restrictions on them, which is in the interest of the meat importer, and then control complete monopoly on the market.

He called on the Ministry of Finance, the Agriculture Authority and the concerned authorities to quickly solve the problem by increasing the financial allocations to support fodder. He said: “The Ministry of Finance must move quickly in this direction in terms of book, and we are ready to end this file in the Budgets and Final Account Committee, whose membership I have the honor to be a member if necessary.”

For his part, the Director of the Public Authority for Agriculture and Fisheries Sheikh Muhammad Al-Yousef confirmed that “the authority does not have the capacity of a judicial officer to control and violate the sellers of subsidized feed on the black market. She has not responded to us yet.”

Al-Youssef said, during a meeting with halal breeders protesting in front of the authority’s headquarters, that “there is a committee that will be formed soon, comprising the Agriculture Authority, the Ministry of Commerce and the Kuwait Flour Mills Company, to carry out inspection tours of the places selling subsidized fodder and the sellers’ violation of it,” stressing that “the rise in prices is a global rise.” The authority has nothing to do with that,” noting that “our goal is to balance prices in coordination with the concerned authorities for the benefit of halal breeders.”

Halal breeder Jamal Al-Harbi expressed his dissatisfaction with the increase in feed prices, which started with the increase in the selling price of barley, as it is now sold at a price of 4,300 dinars, compared to 3,400 dinars in the past, pointing out that the support provided by the government eliminates the real breeders, whose number does not exceed approximately 20,000 breeders, while the commission’s papers have about 36,000, an increase of 16,000 fake breeders who receive subsidized fodder and sell it to traders in the black market in Wafra, Abdali and Sulaibiya, and in front of the commission’s headquarters in Rabieh and the headquarters of the Mills Company in Shuwaikh without account or punishment.

Al-Harbi pointed out that “breeders suffer from a lack of fodder for hay, alfalfa and weeds in general, and the lack of support for them by the government. Corona and until this weed becomes a substitute for barley to feed our halal.”

He demanded the Public Authority for Agriculture to disclose the production of farms that were distributed to provide this weed, which turned into rest houses and diwaniyas, and left the main purpose for which it was distributed.

Al-Harbi called for the opening of pastures for breeders, because they were confused between the Ministry of Oil and the Environment Public Authority, where these two parties monopolize most of the pastures.

Direct sale from the company to the breeder

Khalaf Al-Shammari (sheep breeder) demanded that “the sale of fodder should be directly from the mills company to the breeder, according to the systems followed in neighboring countries to eliminate the black market for fodder, in addition to allocating the prices of feed through increased subsidies, especially the shawar, which is one of the mills company’s alliance, That is, it is a local and cheap production, so why sell a bag of it to the breeders at a price of 3.600 dinars, while its price does not exceed 300 fils?”, stressing that the profits of the milling company depend on the sale of subsidized fodder.

The collapse of youth projects

The breeder, Ali Salman Al-Adwani, said that “there is a coming collapse awaiting the projects of young people invested in raising livestock due to the high prices of subsidized materials, the lack of alternative feed, in addition to the inability of young people to raise large numbers of halal sheep. And the haste of selling is increasing for fear of losing, especially since the sale is from the producing mother and not from the ready-to-slaughter chicken, and this is a dangerous indication of the collapse of the meat market.” 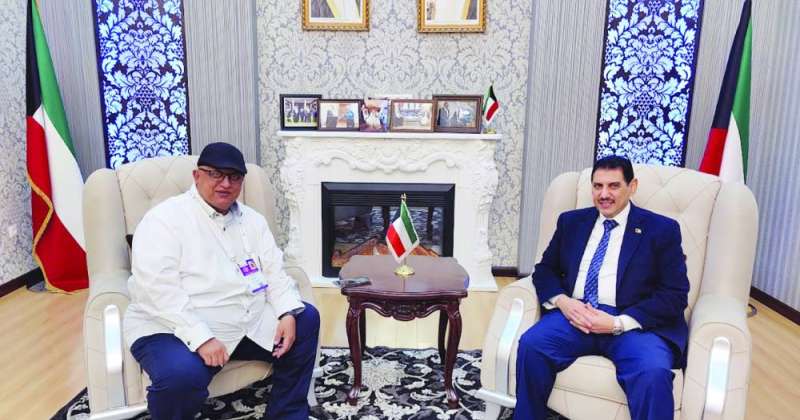