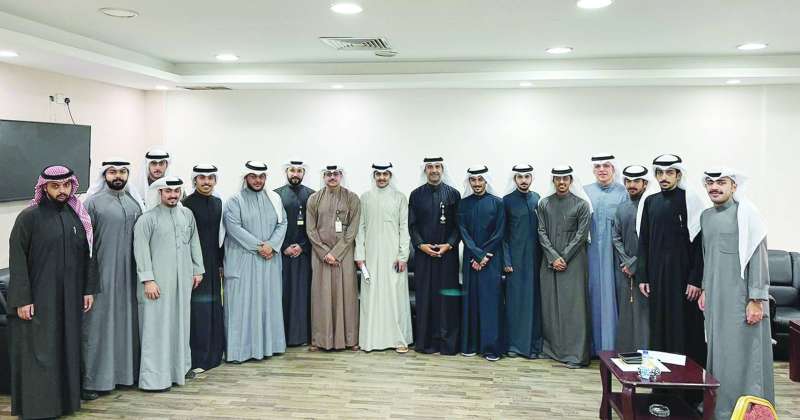 The Secretary of the Union, Khaled Al-Mutairi, confirmed that the new administrative body of the Union had received the Dean of Student Affairs, Dr. Abdul Karim Al-Urayer, the Assistant Dean Dr. Salman Hajji, the Head of the Technical Office at the Deanship, Laila Majki, and the Head of the Department of Academic Societies and Student Councils by assignment, Ali Al-Mahdi, at the Union headquarters in Adailiya. The former union president, Saleh Al-Jarki, was present at the meeting, and the union was handed over to the elected administrative body of the union, after winning the last union elections with a total of 5053 votes to lead the union during the union year 2021-2022.