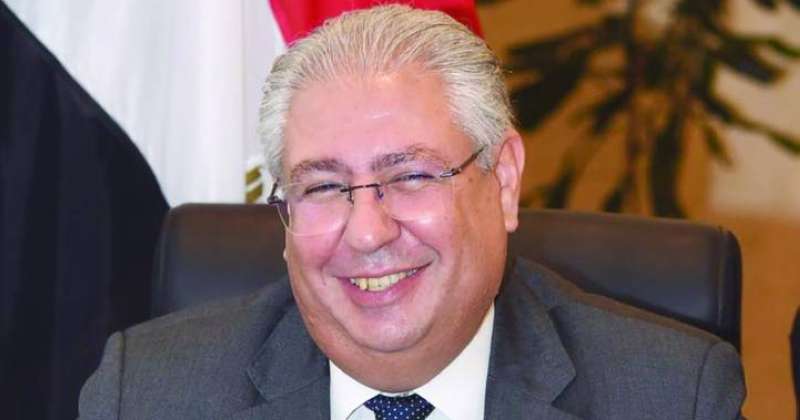 The Egyptian ambassador to Kuwait, Osama Shaltout, affirmed Egypt’s consistent and repeated position that the security of Kuwait and the Gulf Cooperation Council countries is an integral part of Egypt’s security, explaining that it is the consistent, historical position declared in all the relevant statements of Egyptian President Abdel Fattah Al-Sisi, “It is not possible to imagine stability in Egypt without stability.” and prosperity in Kuwait and the Gulf states,” referring to the complete coordination and congruence of visions between the two countries on various issues.

Shaltout, during his first press conference with media representatives after presenting his credentials, expressed his happiness and appreciation for meeting His Highness the Crown Prince Sheikh Mishaal Al-Ahmad Al-Jaber Al-Sabah while presenting his credentials, pointing out that he touched His Highness all the appreciation for Egypt and its leadership and the strength and durability of relations between the two countries in various fields since Long decades, adding that he conveyed to His Highness official invitations from Egyptian President Abdel Fattah Al-Sisi to visit His Highness and Crown Prince Sheikh Mishaal Al-Ahmad to Egypt at any time convenient for their Highness.

In response to a question about the relocation of the Egyptian Consulate headquarters from its current location in the Al-Salam area, he explained that “contacts with the Kuwaiti side resulted in the allocation of a plot of land in the Mishref area for the construction of the consulate, meeting the number of visitors from the Egyptian community,” noting that the authorities are waiting for the location to be determined. Kuwait and then start construction, pointing out that the embassy headquarters in the Daiya area has been demolished, and it is expected that construction tenders will be issued next year.”

He explained that on the occasion of the 60th anniversary of the establishment of Egyptian-Kuwaiti relations, events will be held in Kuwait in coordination with the National Council for Culture, Arts and Letters, as well as through the Kuwaiti Embassy in Cairo, praising the efforts of the Kuwaiti Ambassador to Egypt Muhammad Al-Dhuwaikh.

He pointed out that the historical Egyptian-Kuwaiti relations, which are rooted in the depths of history, are an example to be followed in relations between countries, where visions coincide and there is complete coordination between the two countries on various issues related to bilateral cooperation or related to political positions in the region. Ambassadors and diplomats, to further consolidate and develop the distinguished relations between the two countries at all levels, with trade and economic exchange at the fore, especially since Egypt is currently one of the largest emerging markets in the Middle East.” He called on Kuwaiti investors to take advantage of this unprecedented boom and invest more in the Egyptian market to benefit from A promising opportunity in the industrial, agricultural or commercial sector, especially the global Suez Canal region, as well as the digital transformation and artificial intelligence sectors.

Regarding the most important files that he will work on during his tenure in Kuwait, he said, “There are a number of basic files that I will focus on in the coming period, which will contribute to the development and development of the solid historical relations between the two countries in various fields, especially trade and investment, to exploit the great boom that Egypt is witnessing in various fields. areas, supporting new logistical areas in the Suez Canal axis, and increasing opportunities for Egyptian investors to participate in ambitious Kuwaiti infrastructure projects, within the framework of the (Kuwait 2035) vision, which I expect will take Kuwait to global horizons it deserves.

He said, “I am entrusted with overcoming any difficulties facing the work of Kuwaiti investors, and activating the role of the Egyptian-Kuwaiti Businessmen Council, in addition to continuing communication with stakeholders, the media, parliamentarians, intellectuals and cultural figures in the interest of the two peoples, in addition to coordinating visions and positions on various regional issues of common interest in its regional and international environment.

Gulf-Egyptian Coordination on the “Iranian Nuclear”

The Egyptian ambassador confirmed that there is great coordination between the Gulf Cooperation Council countries and Egypt with regard to the Iranian nuclear file, and there is now a distinct institutional coordination framework on the mechanism of consultation of the Gulf Cooperation Council countries with Egypt, and this is supported by the statements of Egyptian Foreign Minister Sameh Shoukry in the capital, Riyadh, and his assertion that the security of the Gulf It is an integral part of Egypt’s security, and it is the mechanism that confirms the convergence of visions regarding the position on the Iranian nuclear file, so Egypt does not hesitate to support any efforts that would reassure our brothers and protect their capabilities.”

He added, “We appreciate Kuwait’s prominent diplomatic role within the framework of its presidency of the Arab League, as well as the conference to free the Middle East from weapons of mass destruction, where the Egyptian and Kuwaiti delegations periodically coordinate positions to defuse the crisis and reach a peaceful solution within the framework of international legitimacy and under the supervision of the International Atomic Energy Agency.”

The Egyptian ambassador said, “With regard to the consular work and the continuation of its development process under the leadership of my colleague and brother Ambassador Hisham Asran, I would like to point out that the Consulate in Kuwait is constantly developing the consular work, and during the past months it has developed an electronic system through the consulate website on the Internet, as well as through a special application At the consulate on mobile phones, through which a number of consular services are available, including registering data and booking appointments in advance, which leads to reducing crowding in the consulate and organizing work in it, as well as inquiring about information, data and documents required to complete various consular works, in addition to the possibility of tracking the completion of Consular transactions and inquire about the date of receiving them from the consulate, as well as the ease of communication with the consulate for various inquiries through the website, mobile phone application or social media of the consulate. Work has also been done to provide an automatic response feature for inquiries related to consular transactions through a unified number on WhatsApp application, and the number will be announced as soon as the service becomes available.

He added that work is currently underway to develop systems for payment of consular transaction fees, to facilitate procedures for those who visit the consulate, and to improve the efficiency and speed of completing transactions.

Kuwaitis are the largest community studying in Egypt… their number has reached 30,000

The educational system witnessed a boom after the establishment of a number of new private technological universities such as Mansoura University, Galala University, King Salman University and Al-Alamein International University, whose total cost reached 13 billion Egyptian pounds, in addition to the branches of the largest and most important international universities in the world in the new administrative capital, as well as the implementation of quality systems comprehensive, and accreditation in the work and teaching system and university education programs in Egypt, which contributed significantly to the improvement of the Egyptian universities index significantly.

He added that the year 2021 witnessed an increase in the number of Kuwaiti students to 30,000 students, an increase of 20 percent over the previous year, and the statistics of the Egyptian Ministry of Higher Education indicated that the number of new Kuwaitis enrolled to study in Egyptian universities reached more than 6000 students this year. Kuwaitis became the largest community studying in faculties such as medicine, engineering, law and education.

He pointed out that the comprehensive electronic system launched by the Ministry of Higher Education contributed greatly to facilitating the application and follow-up process, as a website was created under the name “Study in Egypt” for the student from his place here to complete all registration procedures and obtain acceptance through it. The platform was also launched through A mobile application to accompany the student to learn about all the events and activities that interest him.

A message to the community

The Egyptian ambassador congratulated the members of the Egyptian community in the State of Kuwait on the occasion of the New Year holidays and the glorious Christmas holidays, indicating that he would make every effort to fulfill their requests in cooperation with the Kuwaiti side, which spared no effort to support them and ensure their comfort, explaining that there is a constant and continuous directive from President Sisi to stand up to any problems. Confronting the sons of Egypt abroad and contributing in cooperation with the brothers in the countries of dependence on their humiliation and dissolution, and that the Egyptian community in Kuwait actively contributes to the building and development of Egypt and Kuwait, which was appreciated by the leaders of the two countries on various occasions, and that the community has an active role in consolidating popular and brotherly relations, and is one of the The most important tools of soft power and popular diplomacy in communication and interdependence between the two brotherly countries.

Development of the passport issuance service

On the delay in issuing Egyptian passports in Kuwait, Ambassador Osama Shaltout said, “The outbreak of the pandemic has led to a global turmoil in air traffic and shipping documents, which has led to the difficulty of sending many of those documents that require a high degree of insurance in addition to shipping costs via transit, this In addition, the number of citizens applying to renew passports at the consulate has significantly increased due to their inability to travel to Egypt to obtain their passports during their vacation in Egypt, as many of them preferred to do so, and with the relatively regular air movement and the return of direct flights, this has contributed significantly to accelerating In the process of issuing passports, especially since Egypt has established a new center for issuing passports, and we are still working hard to implement several proposals that contribute to improving and developing this service in the coming period.”