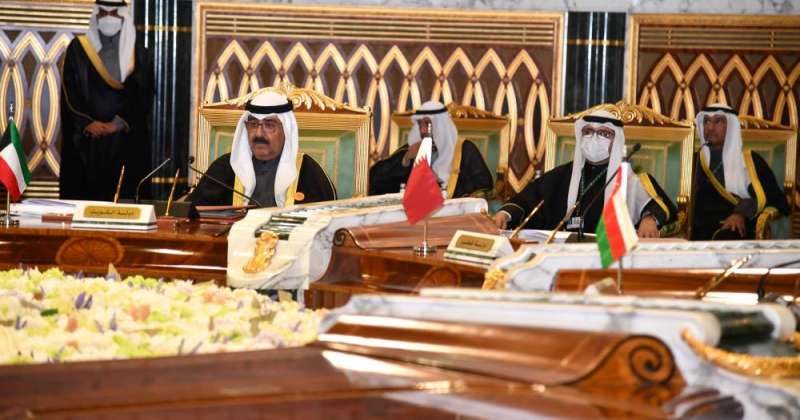 The representative of His Highness the Emir of the country, His Highness the Crown Prince, Sheikh Mishaal Al-Ahmad, and the official delegation accompanying His Highness left Riyadh this evening, Tuesday, after he headed the Kuwaiti delegation at the meeting of the forty-second session of the Supreme Council of the Cooperation Council for the Arab States of the Gulf.

His Highness was seen off by the head of the honorary mission Prince Turki bin Muhammad bin Fahd Al Saud, Minister of State and Member of the Council of Ministers in the Kingdom, Kuwait’s Ambassador to Saudi Arabia Sheikh Ali Al-Khaled Al-Jaber Al-Sabah, and the Consul General of the State of Kuwait in Jeddah Wael Yousef Al-Anzi.

The official delegation that accompanied His Highness included Deputy Prime Minister and Minister of Defense Sheikh Hamad Jaber Al-Ali, Minister of Foreign Affairs and Minister of State for Cabinet Affairs Sheikh Dr. Ahmed Al-Nasser and a number of senior officials in the Crown Prince’s Diwan.

His Highness had attended a dinner banquet hosted by Prince Mohammed bin Salman, in honor of the leaders of the delegations of the Gulf Cooperation Council countries.