– Ignacio for “Al Rai”:
We thank the Kuwaiti government for this gift
– This behavior of the Kuwaiti authorities indicates the strength of relations
We will do our best to send trained and skilled labor to Kuwait

In a humanitarian gesture and with unremitting efforts that reflect the honorable image of Kuwait in international forums, with regard to dealing with immigrants violating the residency law in the country, the Ministry of Interior, represented by the General Administration of Deportation, completed the procedures for deporting 160 members of the Filipino community, 152 women, 7 men and children An infant, after coordination with the Ministry of Foreign Affairs and the Philippine Embassy in the country.

Al-Rai accompanied the deportation process that took place the day before yesterday, as a government evacuation plane was sent from the Philippines to transport the 160 nationals, in addition to about 200 women who were present in the embassy’s accommodation building.

This step came in light of the Ministry of Interior providing all health and food care services to the violators throughout their stay in the deportation prison, on instructions from the Minister of Interior Sheikh Thamer Al-Ali, the Undersecretary of the Ministry, Lieutenant-General Sheikh Faisal Al-Nawaf, and the Undersecretary of Correctional Institutions, Major General Talal Marafi.

Security sources confirmed to Al-Rai that the instructions stressed the need to facilitate the travel and deportation of the deportees, and to provide all available means to leave the country, especially since the majority of them were women who wanted to return to their country before Christmas and New Year to be reunited with their families.

The Philippine government’s interest was remarkable, as the Deputy Director of the Overseas Workers’ Welfare Department, Arnel Ignacio, arrived on the plane, in the presence of the Philippine Ambassador, Mohamed Noureddine Le Mondot, and the labor attaché at the embassy, ​​Nasser Mustafa, who expressed their thanks to Kuwait.

In statements to Al-Rai, Ignacio said, “We thank the Kuwaiti government and the Ministry of Interior for this gift that was presented to our nationals who violate the residency law, and for facilitating the procedures for their deportation and their return to their country at this particular time.”

He added, shedding tears, affected by the humanitarian position of the Ministry of Interior, “We cannot forget this humanitarian gesture and allow the deported women to spend the New Year’s holiday with their family members in the Philippines.”

He stressed that “this behavior of the Kuwaiti authorities indicates the strength of the bilateral relations between the two countries, and will positively reflect on the future of cooperation in the labor field,” adding, “Thank you, thank you, thank you to Kuwait.”

Regarding coordination and cooperation in the file of sending workers, the Filipino official said: “We have a real desire to cooperate with employment offices in Kuwait, and we will do everything we can with the Philippine Minister of Labor to send highly trained and skilled workers to Kuwait, and the relationship between the two countries is excellent.”

In turn, Ambassador Lumendot said, “I would like to thank the Kuwaiti authorities, represented by the Department of Dimensions in the Ministry of Interior, for the grant they provided to the expelled members of our community, in terms of allowing them to leave before the end of the year to spend the holidays with their families in the Philippines.”

He added that “this step was a gift to them and their families,” noting that “the officials of the Philippine Ministry of Labor were on the plane that evacuated the deported nationals.” He concluded by reiterating his thanks to the Kuwaiti government for this humanitarian gesture, praising the great role of the Ministry of Interior and the assistance provided by the Deportation Department, especially the care of women throughout their stay there.

Security sources revealed to Al-Rai that, from the beginning of this year until mid-December, the deportation department has deported 1,539 members of the Filipino community, including 1,425 women and 114 men, all of whom are violators of the residency law. She added that the Ministry of Interior is committed to controlling and deporting violators, noting that all those who are caught are fingerprinted and a “block” is placed on them, and they will never enter the country again.

The security men played a distinguished role by preparing the female deportees and following their boarding on private buses, amid strict security protection from the deportation prison to the airport. Everyone also committed to wearing masks, distancing and observing health requirements, while at the airport.

Passports were stamped through the baggage counters on the plane, before the arrival of the female evacuees, in order to ensure that they boarded smoothly and easily, and so that travelers would not be harassed at the airport. 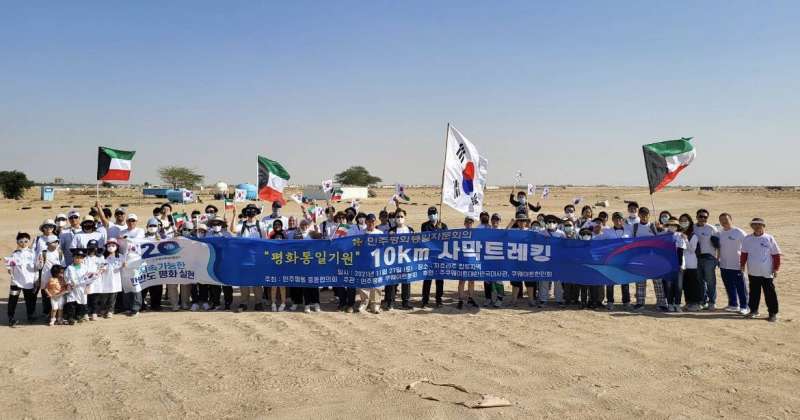