Home Local News Informative Haya Al-Wadani to Al-Rai: The conditions of the “pandemic” helped Kuwait… to... 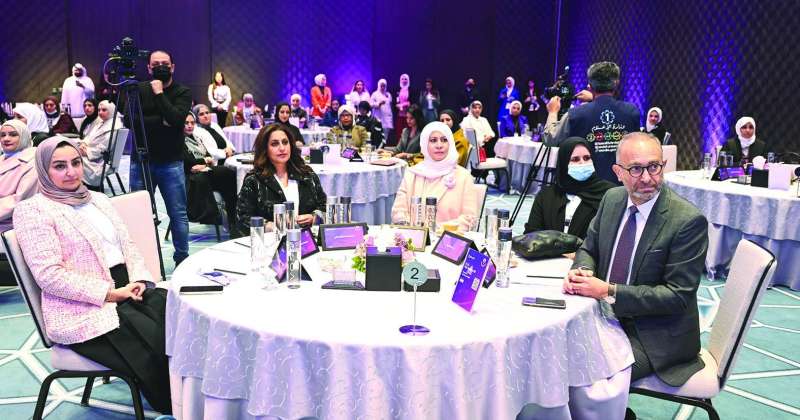 – Sabah Madani: My family and I won the “Artificial Intelligence” award

The Director General of the Central Agency for Information Technology, Haya Al-Wadani, confirmed that the Corona pandemic played a major role in raising awareness among the people and the government apparatus, of the importance of technology and the use of its applications in completing all transactions, which saved time, effort and public money.

On the sidelines of the Women in Information Technology Summit 2021, which was held at the Four Seasons Hotel yesterday, in cooperation with the Information Technology Authority and Microsoft, and in the presence of a group of distinguished Kuwaiti women leaders in their fields of work, in the public or private sectors, Al-Wadani said, in a statement to Al-Rai. “The summit is being held for the first time in Kuwait and discusses the interaction, participation and success of Kuwaiti women in the field of technology,” pointing out that “the government supports women in all fields, including the field of information technology due to its importance as it is a developed world.”

She added, “We, as leaders, are required to keep pace with this development, taking into account the promotion of a culture of digital transformation among the people and government agencies,” noting that “the goal of establishing the Central Agency for Information Technology is to raise the efficiency of the government apparatus on the one hand, and information systems and infrastructure, to develop their systems.” technology to enable it to provide its services electronically to the public.

She explained that “Kuwait has made great strides in using technology after the pandemic, as society has been accustomed to the importance of using technology, through websites, and receiving services electronically.”

Al-Wadani hoped that the message would reach the community through this summit, to the effect that Kuwaiti women are able to manage government and private institutions with high efficiency and distinction, stressing that Kuwaiti women have a footprint in every field in which they work.

In turn, Sabah Madani, the mother of Abdullah, Abdul Hamid and Fatima Al-Muhammad Al-Ali, said that she and her family won the Artificial Intelligence Award in a competition in which a group of families participated, where the family succeeded in creating an electronic application aimed at solving the problem facing Kuwaiti society, how to maintain The environment and the importance of this to people’s health, through a program to identify rare birds in Kuwait, where it sends a message to the user highlighting the importance of preserving the environment by reducing waste on the roads or hunting and overgrazing.

Madani indicated that her family won the award in 2020, and was honored yesterday at the summit, after she presented her experience to the attendees and won their approval.

She explained that her son Abdel Hamid built a robot for cleaning windows in tall buildings, and her daughter Fatima won a youth tournament by discovering an innovative shopping app.