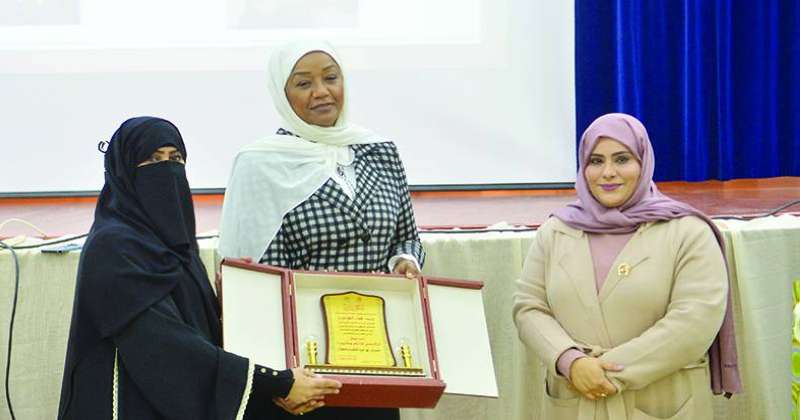 The Assistant Undersecretary for the Social Development Sector at the Ministry of Social Affairs and Community Development, Hana Al-Hajri, affirmed the ministry’s keenness to provide all services to people with disabilities through community development centers.

During the “Challenge, we have a dream and ambition” forum, which was organized by the Community Development Center in Mangaf at the headquarters of the Yarmouk Development Center, yesterday morning to honor a number of people with disabilities who have achieved achievements in various fields, Al-Hajri praised the ambitions and will of people with disabilities and special needs who were able to overcome their disabilities to achieve their goals. The championships and achievements of the State of Kuwait, considering that disability was a motive for excellence in achieving achievements, ambitions and character creation, indicating that the establishment of the forum indicates the extent to which the community development centers affiliated with the Ministry are interested in providing services to members of society of all groups, and providing care for them, especially those with disabilities and those with special needs. .

In turn, the Director of the Department of Community Development in the Ministry, Dalal Al-Mutairi, indicated that a group of people with disabilities were honored during the forum, who achieved international achievements and won medals in various sports, confirming the participation of a number of NGOs and those interested in the forum, including the Kuwaiti Association for Follow-up on Disabled Issues and the Arab Parliament for Children. .

The sports hero Tariq Al-Qallaf, the head of the Association for the Follow-up of Disabled Issues Suad Al-Faris, the member of the Al-Tomooh Club for Disabilities, Maryam Diab, the author Zainab Al-Khalidi, the player Abdul Rahman Al-Azmi, the author Yaqoub Al-Shammari, the poet Salem Al-Nafi and the plastic artist Hessa Al-Asfour, the Speaker of the Arab Parliament for Children Rataj Al-Abbasi and her deputy, Ghala, were honored. Al-Mutairi, and Hamoud Al-Hujailan. The forum also included an active Gulf participation through the zoom program with the Administrative Director of the Saudi Paralympic Committee Rashid Al-Baddah, and the participation of the girl Fatima Al-Khayyat from the Kingdom of Bahrain.