Kuwait News, March 16: As if the issue of renewing work permits for expatriates who have reached 60 years of age and above and do not have university degrees has turned into a “curse,” with the decisions taken to solve this crisis subjected to successive strikes, new this time with the word of the judiciary.

But the solution does not seem complicated this time, because there is a new decision issued by the Public Authority for Manpower that may be decisive in ending the cycle.

The first ruling practically led to the cancellation of the regulation consisting of 56 articles, and the fall of the articles contained in Chapter Five of them regarding “registration and cancellation of national labor registration notices” for citizens on Chapters Three and Five.

It also led to the failure to renew the work permit for non-university expatriates who reached 60 years of age, because Article 37 of the regulation stipulates that “the work permit continues to be prohibited for those who have reached the age of sixty years and above, for holders of a high school diploma or less, and its equivalent. of testimonials. [Read Also: Is Setback of the “60 crisis” breakthrough temporary?]

As for the new ruling, issued yesterday, it practically canceled Administrative Decision No. 34 of 2022 amending Article 37 of the Regulations, bearing in mind that this decision, which was published in the Official Gazette on January 30, 2022, led to the breakthrough of what is known as the “sixty-year crisis”, from While allowing the renewal of work permits for this category, provided that a fee of 250 dinars is paid, and that the worker is insured with a comprehensive health insurance document, with the exception of the husbands and children of Kuwaiti women and the wives of Kuwaitis and Palestinians who hold the documents.

The solution to the new regulation?

Despite the new blow that the new decision has received, the solution may not be difficult, as informed sources indicated to Al-Rai what the Director General of the Public Authority for Manpower Ahmed Al-Mousa announced the day before yesterday regarding the authority’s board of directors approving the issuance of a new regulation regarding The rules and procedures for granting work permits, indicating that they were already issued under the provisions of Administrative Resolution 156 of 2022.

The fall of the new decision

For his part, a member of the Kuwait Entrepreneurs Association Fahid Al-Ajmi, in whose favor the ruling was issued, said that Administrative Decision No. 34 of 2022, amending Article 37 of the canceled Administrative Decision No. 27 of 2021, “no longer has a legal existence,” after the Court of Appeal confirmed its cancellation. Resolution No. 27 of 2021, calling on the “workforce” to abide by the laws, respect the competencies of other agencies, and correct their decisions in line with their competencies and in accordance with the law and the constitution.

Al-Ajmi, in a statement to Al-Rai, expressed his hope that Administrative Decision No. 156 of 2022, issued recently, will be in line with the laws and decisions of the Council of Ministers organizing, “so that it will not be challenged and so that there is respect and implementation of judicial rulings.”

In the same context, lawyer Muhammad Al-Otaibi explained that the decision issued by the workforce last January can no longer be applied, because it is an amendment to the previous decision, explaining that “the appeal ruling is enforceable, and it includes the original decision and its amendments.”

He said in a statement to “Al-Rai” that “if there was a new decision with a different issued number, the situation would be different because it needed to file a new lawsuit,” adding that “the workforce has to implement the ruling and then go to the Court of Cassation to challenge it if it wants.”

Fuhaid Al-Ajmi explained that the ruling was in line with and in support of the rulings issued by the Court of First Instance, which is an indication of the illegality of Resolution No. 27 of 2021, which resulted in the following:

1 – The lack of competence of the Director General of the Public Authority for Manpower to issue decisions related to the labor market, including the canceled decision.

3- Laying down the labor market policy and taking decisions in this regard is the responsibility of the board of directors and its chairman, i.e. the competent minister.

4 – Comprehensive delegation of competencies is not permissible. The delegation must be specific to the purposes and partial, as stipulated by Decree Law No. 116 of 1992 regarding administrative organization and defining and delegating competencies.

5- The authority and its council are not competent to change, whether in form, procedures or content stipulated in Cabinet decisions related to national labour. Work and not change legal positions.

6 – The authority’s failure to integrate the procedures for registering national labor in the form specified in the decisions of the Council of Ministers, with a decision whose main objective and objective is to regulate the procedures and rules for granting work permits to the expatriate worker.

7- Article 5 of the internal regulations of the Board of Directors pursuant to Ministerial Resolution No. 6 / S of 2014 does not mean authorizing the Director General. Rather, it came in the regulation to organize the work of the Board and to inform the Board of its right to delegate some of its competencies to the Director General, which are the executive powers only and not in policy decisions Labor market.Registration in the “Manpower” is to limit the number. 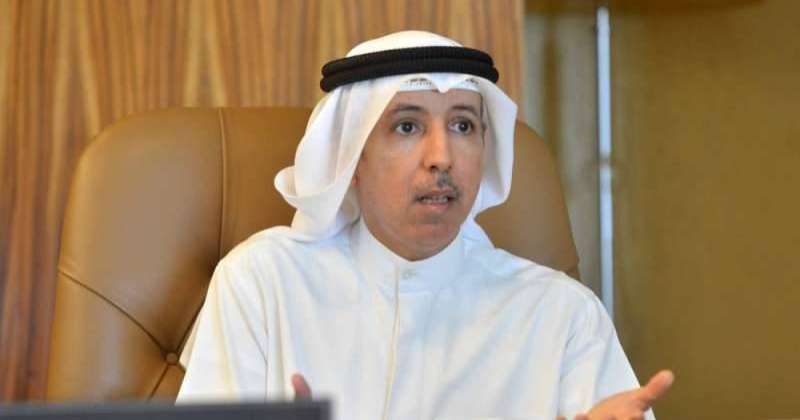