Kuwait News, Feb 22: The Cabinet decided to stop working on the following platforms and systems:

The decision shall be implemented as of Wednesday, February 23, 2022

The Council of Ministers held its weekly meeting this afternoon at Seif Palace headed by His Highness the Prime Minister Sheikh Sabah Al-Khaled. After the meeting, the Deputy Prime Minister, Minister of Foreign Affairs and Acting Minister of State for Cabinet Affairs Dr. Muhammad Al-Faris stated the following:

On the occasion of the approaching of the sixty-first anniversary of the National Day of the State of Kuwait and the thirty-first anniversary of the glorious Liberation Day, which falls on the coming Friday and Saturday, the Cabinet extends its sincere congratulations and blessings to His Highness the Amir, His Highness the Crown Prince and the honorable Kuwaiti people, recalling with pride the heroic steadfastness of the sons of Kuwait and their firm will to Rejecting injustice and aggression and defending the entity of their homeland, noting with all gratitude, appreciation and gratitude the courageous stances of brotherly and friendly countries, leaders and peoples, which had a decisive role in liberating the State of Kuwait and restoring its freedom and sovereignty,praying to the Almighty to have mercy on our righteous martyrs and bless them with his vast mercy and dwell in his vast gardens, and to perpetuate on our dear homeland, its leadership and its honorable people, the blessings of security and well-being, and It preserves it from all harm, and crowns it with continued progress, prosperity and prosperity under the wise leadership of His Highness the Amir and his trusted Crown Prince, may God preserve and protect them. 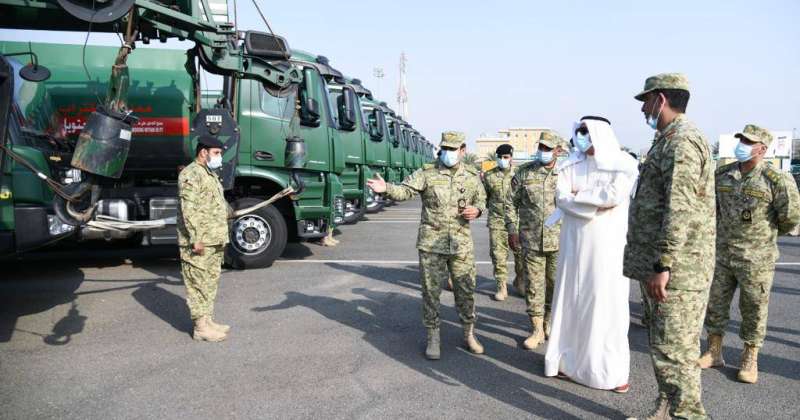