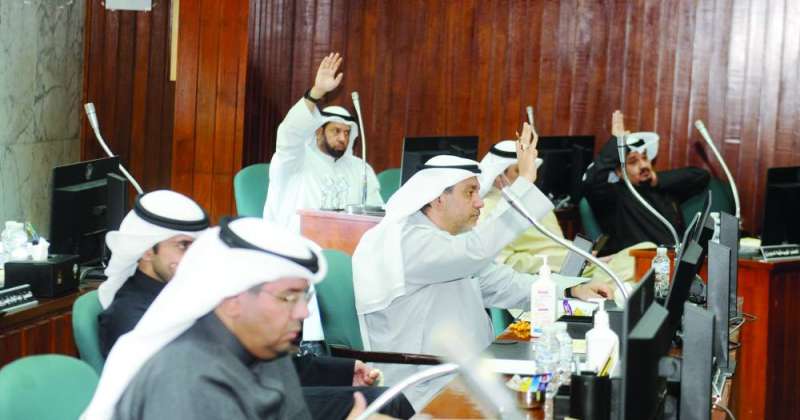 Hadian: There is injustice because of the exceptions, and the building regulations must be urgent
Al Randi: “I hear your words, I believe you, I see your actions, I am surprised.”

The Municipal Council agreed to include a request submitted by 9 members regarding the amendment of an article in the building regulations related to adding the mezzanine.

Member Hammoud Al-Enezi pointed out that “things are based on visas and papers that are not considered legal,” with the approval of specific transactions for shops, while citizens’ transactions are neglected.

The member, Mishaal Al-Hamadan, called on the council to refer the building regulations to the council as soon as possible, especially since there are people who deliberately delay the regulations until they make exceptions, and the executive body “mustnes, come to me in the office… except this and this.”

Member Ahmed Hadyan stressed that “there is an injustice that has been committed against some people because of the exceptions, and therefore the building regulations must be urgent.”

The member, Engineer Abdul Salam Al Randi, asked about the beneficiary of the delay in the regulation, especially since the injustice falls on the citizens, saying: “I hear your words, I believe you, I see your actions astonished.”

The Council also approved the letter of the Environment Public Authority, regarding the urgent offer to allocate factories designated for recycling at the Al-Salmi site, within the area of ​​land allocated to the Environment Public Authority, and requested it to change the use of part of the site designated for collecting damaged, used and spent tires in the Al-Salmi area, provided that the site is used for activities Waste and waste recycling and its related activities.