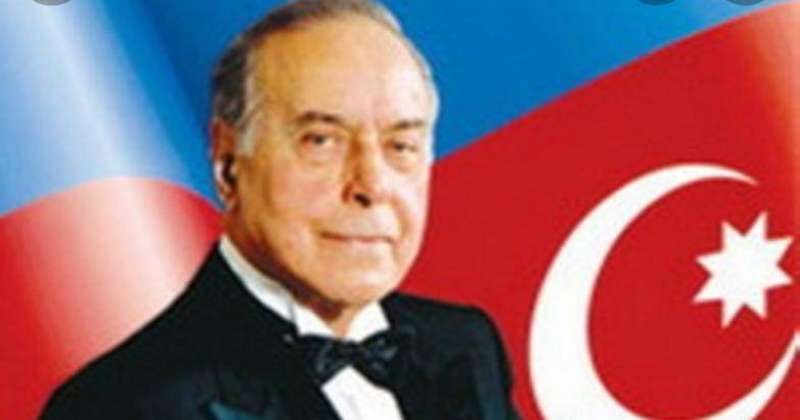 Azerbaijan’s ambassador to the country, Ambassador Ilkhan Kahraman, said that his country celebrated the 18th anniversary of the death of national leader Heydar Aliyev, and the 30th anniversary of its accession to the Organization of Islamic Cooperation, recalling the great role played by the late leader in developing and consolidating relations with Islamic countries.

He added in a press statement that today marks the 18th anniversary of the death of the national leader of the Azerbaijani people Heydar Aliyev, and his bright memory remains with a great deal of respect and reverence in Azerbaijan, including abroad. Many books, films and articles about this great personality have been published in Azerbaijan and a number of countries around the world.

It was stated that the leader Heydar Aliyev, as a member of the Politburo of the Central Committee of the CPSU and as the first deputy chairman of the Council of Ministers of the USSR, actively participated in the development of the country’s international relations, and repeatedly made working visits to various Islamic countries in Africa and Asia.

He also closely participated in the negotiations and political discussions of the USSR with the leaders of the countries of the Near and Middle East, and was often the head of delegations visiting these countries.

His visits to Egypt, Syria, Jordan, Libya, Iraq, Yemen, Pakistan and other Islamic countries during the period from 1982-1987 became famous for his fame as one of the prominent politicians in the entire Islamic world.

He continued, “Following the independence in 1991, strengthening Islamic solidarity in the world became one of the priority issues in Azerbaijan’s foreign policy, and it is no coincidence that the Organization of Islamic Cooperation became the first international organization to which the Republic of Azerbaijan joined on December 8, 1991, and accordingly, diplomatic relations were established. with member states.

He said that the leader Heydar Aliyev met with the late Emir of the State of Kuwait, His Highness Sheikh Jaber Al-Ahmad Al-Ahmad during his visit to Morocco to attend the summit of the Organization of the Islamic Conference, and in this meeting accompanied by an atmosphere of mutual understanding, the two heads of state invited each other to visit their countries. The late Emir of Kuwait stressed that aggression against any independent country is unacceptable. He added, “…you have refugees who need help, and we will help them…”.

There are high-level fruitful cooperation relations that have been formed between Azerbaijan and Kuwait within the framework of international organizations such as the United Nations and the Non-Aligned Movement alongside the Organization of Islamic Cooperation.

The development of Azerbaijani-Kuwaiti relations started precisely from the time of the great leader Heydar Aliyev.

During the visit of the parliamentary delegation headed by Jamal Al-Omar, head of the Kuwaiti-Azerbaijani Friendship Group in the National Assembly to Azerbaijan in September 2001, the importance of further strengthening mutual relations was emphasized during meetings with the country’s leadership.

At the delegation’s meeting with leader Heydar Aliyev on September 27, 2001, the two sides again discussed various issues – Kuwaiti-Azerbaijani cooperation, the fight against international terrorism, and so on.

It should be noted with pride that the far-sighted policy of the national leader Heydar Aliyev continues successfully under the rational leadership of the current President Ilham Aliyev.

The official visit of the President of the Republic of Azerbaijan Ilham Aliyev to Kuwait on February 10, 2009 came as an important event in the relations between the two countries. In the meeting with the late Emir of the State of Kuwait, His Highness Sheikh Sabah Al-Ahmad Al-Jaber Al-Sabah, the two sides affirmed that the relations between the two countries are in continuous development and that the bilateral political relations are on high level. The two sides discussed the advancement of relations between Azerbaijan and Kuwait in the fields of economy, trade, tourism and investment. The two heads of state also exchanged views on international and regional issues.

The name of the national leader Heydar Aliyev will forever remain in the history and memory of the Azerbaijani people.

Thanks to his valiant efforts, the independent Republic of Azerbaijan, having survived the nightmare of the outbreak of civil war, gained a prominent position in the international arena by implementing the “oil strategy”, adopting systemic reforms as well as establishing fruitful mutual cooperation relations with international organizations and countries of the world under the leadership of President Ilham Aliyev On the road to great development.