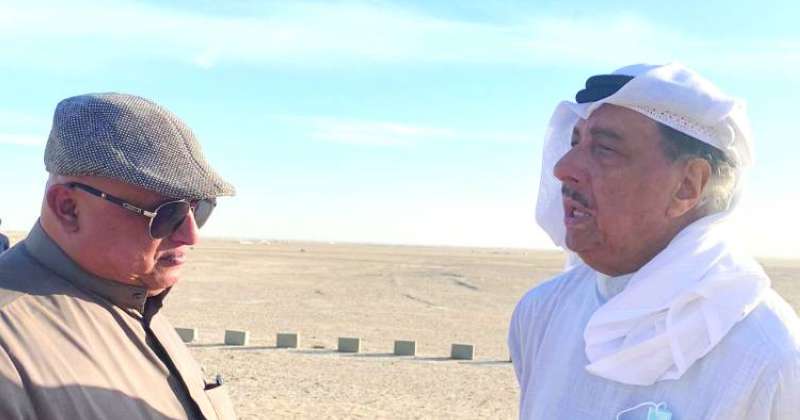 – Dean of the Corps: Diplomats gather with the people of Kuwait an opportunity to communicate and learn about Kuwaiti traditions
Al-Maliki: We hope that such good initiatives will continue to promote rapprochement among all

The Dean of the Diplomatic Corps, Ambassador of Tajikistan Zabidullah Zabidov, stressed the importance and necessity of holding meetings for diplomatic groups outside the scope of work with the people of the host country, to get acquainted with their traditions and customs.

In a statement to “Al-Rai” on the sidelines of a meeting of a number of heads of diplomatic missions and their families hosted by Majed Al-Sulaiman Al-Turki for the second week in a row in his spring camp, Zabidov indicated that the idea of ​​the ambassadors and diplomats gathering with the people of Kuwait is a great opportunity to exchange ideas and get to know their traditions closely.

In turn, Bahrain’s Ambassador to Kuwait Salah Al-Malki stressed that such invitations constitute a great opportunity for ambassadors, especially foreigners with their families, to learn about the customs that characterize Kuwait during the winter period and the period of camping, to familiarize them with the authentic Arab traditions, hoping that such good initiatives will continue. enhance convergence.

For his part, Majid Al-Sulaiman Al-Turki explained that Kuwait’s leadership and government always call for tolerance and rapprochement between everyone of their different sects and beliefs, pointing out that his invitation to Arab and foreign ambassadors aims to introduce them to the life of the Kuwaiti land, and its tolerance and acceptance of others, contrary to what is rumored that culture Arabic and Islamic closed or cancel the other.

He added that the Arab peoples are the most open to everyone and welcome their guests, pointing out that life in the wild is different from the past and has become more luxurious, but it is still an authentic custom in Kuwait and most Arab countries, away from the noise of cities.

Uncle Abdullah Khaled Al-Mishal confirmed that during the past thirty years he got to know all the Gulf ambassadors in Kuwait, and he accompanied them to inform them about the nature of the reception of the Kuwaiti people to their guests in the various Kuwaiti offices, and they were all very enjoying the good reception they find in Kuwait.