Home Local News Informative Al-Wadani: The “pandemic” contributed to digital transformation and raising the efficiency of... 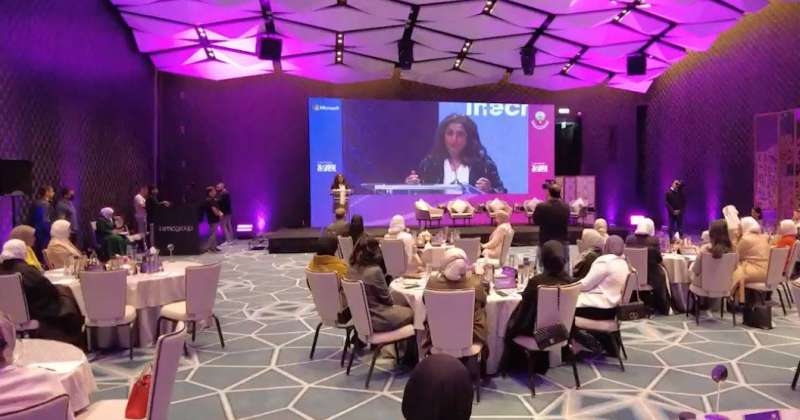 The Director General of the Central Agency for Information Technology, Haya Al-Wadani, confirmed that the Corona pandemic played a major role in raising awareness among the people and the government apparatus, of the importance of technology and the use of its applications in completing all transactions, which saved time, effort and public money.

On the sidelines of the “Women in Information Technology Summit 2021” that was held at the Four Seasons Hotel this morning, in cooperation with the Information Technology Authority and Microsoft, and in the presence of a group of distinguished Kuwaiti women leaders in their fields of work, in the governmental or private sectors, Al-Wadani said, in a statement to « Al-Rai, “The summit is being held for the first time in Kuwait and discusses the interaction, participation and success of Kuwaiti women in the field of technology,” pointing out that “the government supports women in all fields, including the field of information technology because of its importance because it is a developed world.”

She added, “We, as leaders, are required to keep pace with this development, taking into account the promotion of a culture of digital transformation among the people and government agencies,” noting that “the goal of establishing the Central Agency for Information Technology is to raise the efficiency of the government apparatus on the one hand, and information systems and infrastructure, to develop their systems.” technology to enable it to provide its services electronically to the public.

She explained that “Kuwait has made great strides in using technology after the pandemic, as society has been accustomed to the importance of using technology, through websites, and receiving services electronically.”

Al-Wadani hoped that the message would reach the community through this summit, to the effect that Kuwaiti women are able to manage government and private institutions with high efficiency and distinction, stressing that Kuwaiti women have a footprint in every field in which they work.