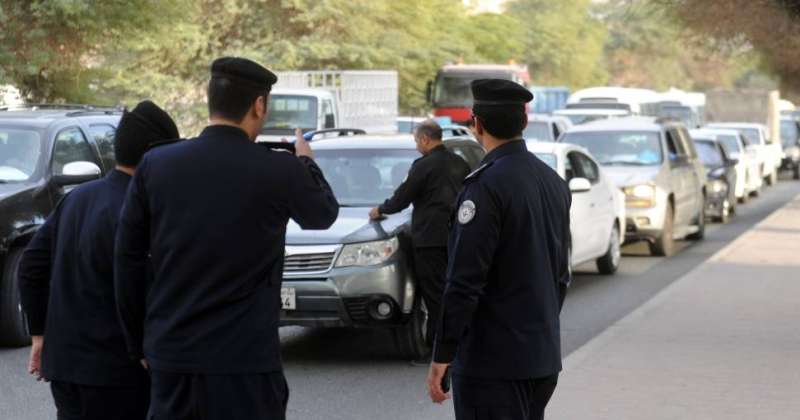 Traffic departments refuse to receive any “renewal” transaction.
Many expatriates have become violators of driving without a license
Citizens affected by the expiration of the drivers’ licenses for their homes
The wife of the Kuwaiti and the children of the Kuwaiti woman are among those affected by the suspension of renewal
There is no renewal of any license at the moment, even for those who meet the conditions
– The only exception to the renewal is for Kuwaitis, Gulf nationals, and “Bidoons”
The legal problem is that insurance companies will not cover any accident for those whose license has expired

Residents in the country are living in the face of a new crisis related to driver’s licenses, after the decision of the technical committee formed by the Undersecretary of the Ministry of Interior, Lieutenant-General Faisal Al-Nawaf, to place a “block” on all licenses that prevents their renewal or replacement or the issuance of a “lost replacement” for any category of residents, which is what It makes those who have expired licenses vulnerable to violation and entering into legal problems if one of them suffers a traffic accident.

Following in the footsteps of the 60-year-old’s non-renewal, came the crisis of drivers’ licenses holders who will wait for the procedures of the committee formed by the Al-Nawaf team to review all licenses and ensure that they meet the conditions for granting them, in addition to the electronic link with the concerned government agencies, a crisis that will restrict expatriates, especially those whose licenses have expired, And it caused paralysis in the country in light of the restriction of license holders and their inability to carry out their work, in addition to their falling into legal problems, especially as those who drive after the expiry of their license will be subject to a violation, despite many reviewing the traffic departments, which rejected them due to the closure of the renewal system.

Informed security sources, “Al-Rai”, warned that “the decision will cause a new crisis by causing complete paralysis of the medical system by not working for doctors in hospitals and clinics, as well as engineers in charge of projects and technicians in government agencies, in addition to causing huge financial losses and economic paralysis at the level of the private and civil sectors.” Especially since the majority of workers in those entities are residents, and they obtained driving licenses in advance according to the conditions set by the Ministry of Interior, which needs immediate treatment and a quick decision to remedy the risks resulting from taking such instructions.

She explained that “after the formation of the committee concerned with reviewing expatriate driver’s licenses, it took the first steps, which is to put a complete and comprehensive (block) for expatriate driving licenses, including the wives of Kuwaitis and children of Kuwaiti women, and all those with specializations and professions, with the aim of reviewing the files of their owners, and ensuring that the conditions are met. It is required for it, and the renewal is currently restricted to citizens, Gulf nationals and illegal residents only.”

The sources pointed out that “the instructions issued to the directors of traffic departments in the governorates stipulate to start withdrawing licenses from expatriates who obtained them illegally, starting from the 26th of this month, after the completion of the automated link between the Manpower and Residence Affairs Authority and the information systems in the Ministry of Interior. ».

The sources said that “the committee is continuing to address the defect and end the problem of traffic congestion in the country, by reorganizing the granting of driving licenses to those who meet the conditions, and those who do not meet the conditions, a block will be placed on the license and withdrawn from it, and whoever violates this or uses it and shows it to the traffic officers, it will be applied He must be expelled from the country.”

And she added, “There is crowding by expatriates who meet the conditions to renew driving licenses at traffic departments, and in the halls of licensing departments in the governorates, but the surprise is that there are no instructions to receive renewal requests, as auditors are informed that there are no instructions so far in this matter. Which exposed many residents to incurring financial fines for non-renewal, in addition to issuing violations by the traffic and emergency patrols for those who drive their cars, which contributes to the accumulation of violations without any fault on the car owners.

The sources stated that “this decision, which was taken to control traffic congestion and to tighten the issue of driving licenses, has faced a lot of criticism, as it is illogical to implement a regulatory decision that causes harm to expatriates and some citizens who have drivers at home who drive children to schools while they drive.” Vehicles with licenses with a block placed on them, and they cannot renew them, despite their fulfillment of the conditions, especially since all the current arrivals who meet the conditions cannot renew them due to the suspension of electronic services, and their failure to receive them at the traffic departments, threatened and exposed to legal accountability, if they were caught by the patrols, Or in the event of a traffic accident that led to a death or serious injury, because insurance companies in this case cannot cover the financial compensation in the event of an accident for a person driving a vehicle with an expired driver’s license.

3 conditions of the license

Ministerial Resolution No. 5598/2014 issued on 11-25-2014 states that a non-Kuwaiti applicant for a private or public driving license requires:

1 – He must have obtained a legal residence permit in the country for at least two years.

2- His monthly salary should not be less than 600 dinars.

3- To have a university degree.

13 Exception to all conditions

1- The Kuwaiti wife and his foreign widow or his foreign divorced woman and she has children from him.

2- The husbands of Kuwaiti women and their children who are foreigners.

4- Students enrolled in a university or an applied institute inside Kuwait.

6- Professional players in sports clubs and federations in government agencies.

7 – Drivers and delegates (general delegate, passports and affairs delegate) and they have valid licenses.

8- Servant, working for the sponsor for a period of no less than 5 years, provided that the profession is changed to a driver.

10 – Pilots, captains and their assistants.

13 – Housewives and they have children and their spouses from the following categories: “the judiciary, members of the Public Prosecution Office, advisors and experts – faculty members in universities and institutes – doctors and pharmacists – general managers and their assistants.”

7 categories excluded from “residency” and “salary”

1 – Judges, members of the Public Prosecution Office and advisors.

5- Researchers of all their names, jurists, translators, librarians and imams of mosques working in government agencies.

1 – The general managers and their assistants of all their names.

2- Directors of all their names.

3- Delegates of all their names.

• The driver’s or representative’s license is canceled by canceling his residence or changing his profession. A new license is not granted until after two years and with new procedures.

• The license shall be canceled upon changing the profession to a profession not covered by the decision.

• All driving licenses issued to non-Kuwaitis are valid according to the length of stay.