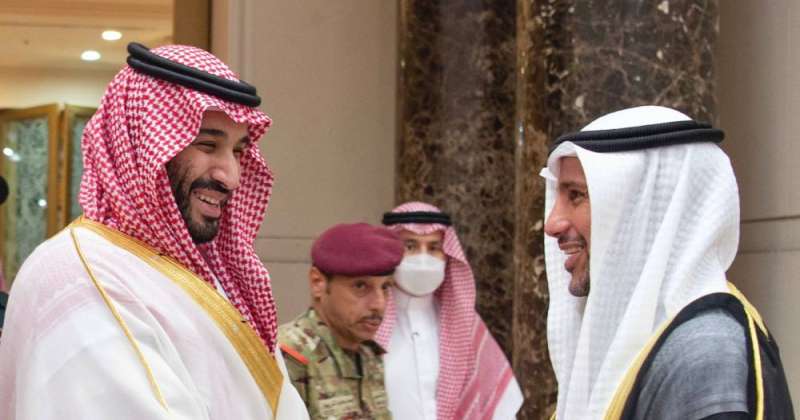 National Assembly Speaker Marzouq Al-Ghanim praised the results of the visit of His Royal Highness Prince Mohammed bin Salman bin Abdulaziz, the Saudi Crown Prince, to the State of Kuwait, stressing that it is an important new building block in the historical relations between the sisterly Kingdom of Saudi Arabia and Kuwait.

Al-Ghanim said in a press statement today that Prince Mohammed bin Salman’s visit to his second country, Kuwait, as part of his Gulf tour is very important because it comes at an important time and in light of regional circumstances in which the Gulf Cooperation Council countries need the utmost levels of cooperation and coordination.

In his statement, Al-Ghanim praised the Kuwaiti-Saudi joint statement, which dealt with aspects of bilateral cooperation and coordination in many fields, in addition to common positions on many regional files, including the Palestinian cause, Yemen, Syria, Iraq, Lebanon, Libya, Sudan and other files.

Al-Ghanim said that His Highness the Amir Sheikh Nawaf Al-Ahmad Al-Jaber Al-Sabah, along with His Highness the Crown Prince Sheikh Mishaal Al-Ahmad Al-Jaber Al-Sabah, awarded Prince Muhammad bin Salman the Mubarak Al-Kabeer Medal and the Kuwait Medal is nothing but an indication of Prince Muhammad bin Salman’s standing for the political leadership and the Kuwaiti people.

Al-Ghanim concluded his statement by saying, “We ask God Almighty to guide the steps of the political leaders in Kuwait, Saudi Arabia and the Gulf Cooperation Council countries for all that is good, prosperity and well-being of our peoples. He is all-hearing and responsive.”