Home Local News Informative Al-Ghanim participates in the Arab coordination meeting on the sidelines of the... 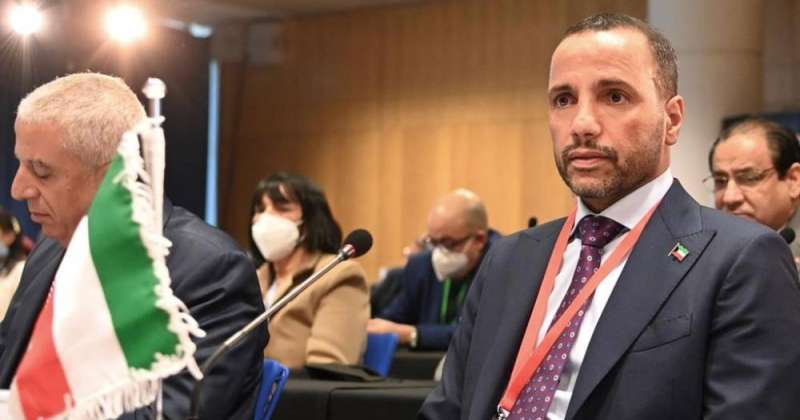 National Assembly Speaker Marzouq Al-Ghanim and his accompanying parliamentary delegation participated today, Thursday, in the coordination meeting of the Arab geopolitical group, on the sidelines of the 143rd Inter-Parliamentary Union Conference, which is being held in the Spanish capital, Madrid.

The meeting, which was chaired by the Speaker of the Bahraini Parliament, Fawzia Zainal, discussed the issues to be raised and discussed at the conference, and ways to coordinate about them and to come up with a unified Arab position on them.

The meeting also discussed the issue of the emergency item that will be presented during the conference related to taking an international parliamentary position on the humanitarian situation of the Palestinian people and the importance of mobilizing support for its approval.

During the meeting, Representative Dr. Hamad Al-Matar was unanimously selected as a member of the Permanent Committee on Sustainable Development, Finance and Trade, which includes 18 members from various parliaments around the world.

On the Kuwaiti side, the meeting was attended by the Secretary of the Parliamentary Division, Deputy Dr. Hamad Al-Matar, the Treasurer MP Salman Al-Hulaila Al-Azmi, and the member of the division, MP Osama Al-Manawer, in addition to the Kuwaiti ambassador to Spain, Ayyad Al-Saeedi.

It is noteworthy that President Al-Ghanim and his accompanying delegation arrived in Madrid yesterday to participate in the 143rd Inter-Parliamentary Union Conference, which will be held from 26-30 November.