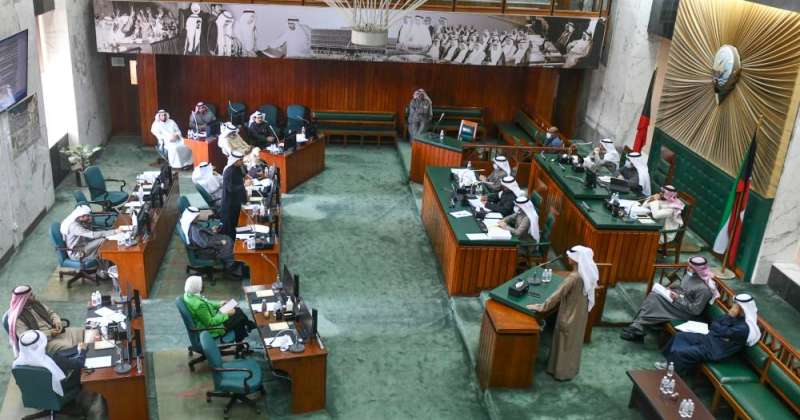 The Municipal Council, in its supplementary session of the previous session, which was held today, Monday, headed by Osama Al-Otaibi, approved a request to allocate the location of the Jaber Al-Ahmad Circuit in Al-Dajeej area in Khaitan, which is a permanent allocation to the Kuwait Automobile and Motorcycle Club.

The Council also approved the letter of the Environment Public Authority regarding the urgent offer of allocating factories designated for recycling at the Salmi site within the area of ​​land allocated to the authority and also approved the request of (Environment) to change the use of part of the site designated for collecting damaged, used and spent tires in the Salmi area. He referred the draft regulation of public cleanliness and waste transportation to the Legal and Financial Committee, while he approved the request of the Ministry of Finance to change the activity of the site belonging to the Kuwait United Poultry Company located in the Dajeej area.

He also approved the request of the Ministry of Endowments and Islamic Affairs to allocate a site for a mosque in the Mubarak Al-Kabeer area, block 2. The request of the Ministry of Social Affairs and Labor also approved the conversion of the surface car parks of the Central Market No. (1) to multi-storey car parks in the Sabah Al-Salem area, block (9).

It is noteworthy that the Vice-President of the Municipal Council, Abdullah Al-Mahri, had adjourned the previous session due to the lack of a quorum, which prevented the approval of the rest of the items on the agenda.