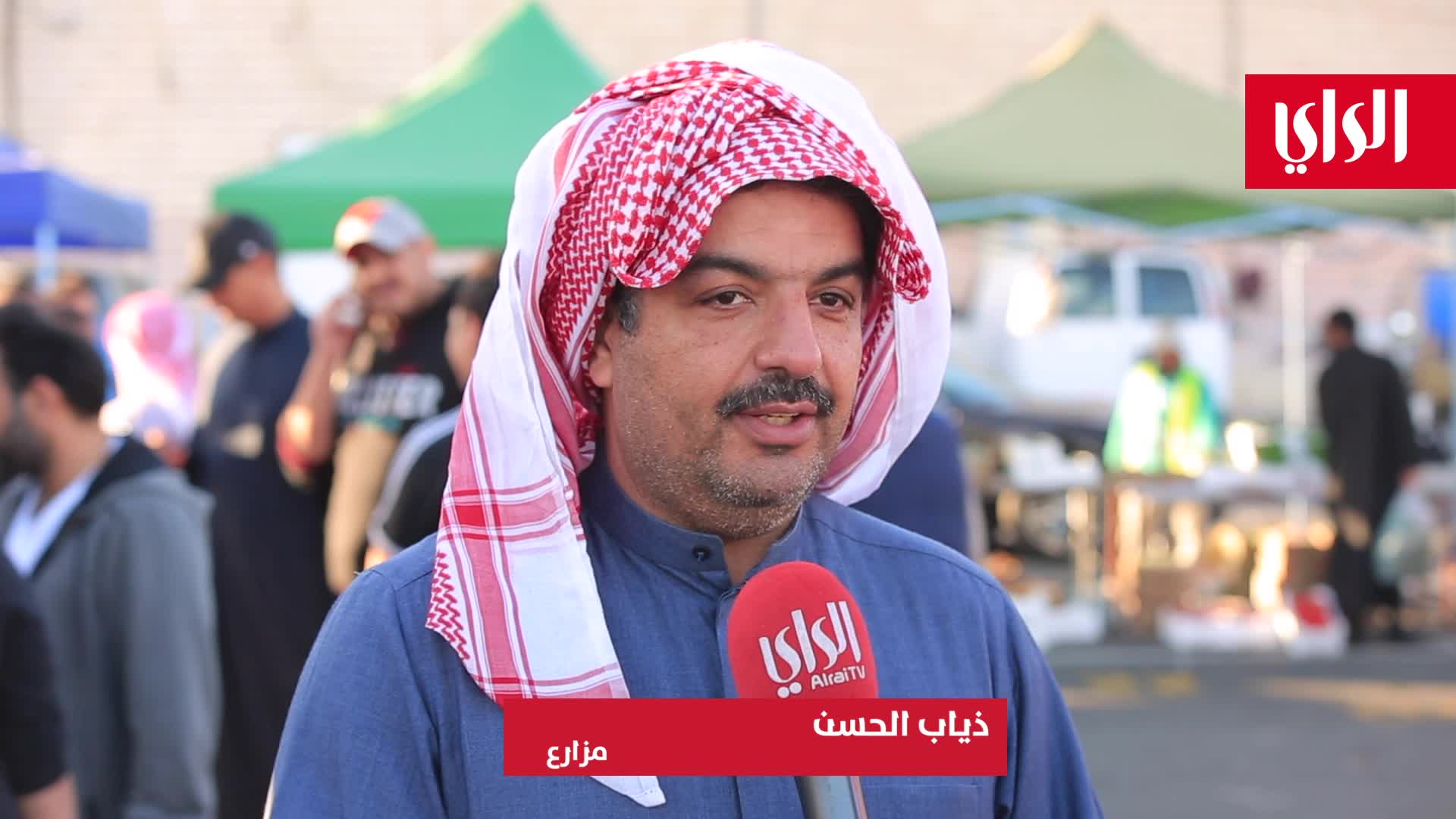 Agricultural tourism in Kuwait is an idea that originated from the “Abdali Farmers Association Market”, which aims to promote agricultural tourism and support Kuwaiti farms and products. Various areas of Kuwait to “Abdali” and specifically behind the “Al-Qashaaniya” association, the main site for shopping and to enjoy the beautiful atmosphere and spend a fun time on weekends, as the market operates on Thursdays, Fridays, and Saturdays, from October to March from 8:00 In the morning until 5:00 pm, and on official holidays on a daily basis and at the same time.

In addition to the presence of families and the beautiful atmosphere that reflects the concept of agricultural tourism in Kuwait, the “Abdali Association Farmers Market” also provides its visitors with fresh Kuwaiti agricultural products, which are picked directly from the farms to the consumer at the cheapest prices.

Al-Rai visited the market and met with a group of farmers and market leaders to talk about the pleasant natural atmosphere in the Abdali area, and also to address a number of Kuwaiti farmers’ problems.

Farmer Ahmad Al-Arada explained that the idea of ​​the Abdali Farmers Association market enhances agricultural tourism and farms in Kuwait, and this is what we have seen from the great demand for the market by farmers and their families, in addition to citizens and residents who come from far regions to relax and enjoy shopping, especially that agricultural products All available are fresh and harvested from the farms directly to the consumer without the presence of any intermediary, and this is what serves the farmer and always seeks it,” pointing out that the market works under the supervision and management of a group of Abdali Association farmers, and prevents the presence of any imported product in the stalls, and that the idea of ​​the market was created for a specific purpose. It is to promote agricultural tourism and support Kuwaiti farms only.

The farmer Diab Al-Hassan said, “Agricultural tourism has become an outlet for all visitors and pioneers of the Abdali area, whether for farm owners, citizens or expatriates, and praise be to God, the turnout is very large and increasing. We farmers are happy, for in addition to seeking to provide for their requests, we see the happiness on their faces by wandering between (the stalls) and spending a fun time.”

In turn, the farmer Asaad bin Issa pointed out that the Abdali Farmers Association market is primarily a seasonal entertainment because it operates on weekdays (Thursday, Friday, and Saturday) from 10 to 3 from 8:00 in the morning until 5:00 in the evening and on official holidays. Daily and at the same time.

He added that it has become a destination for families and their children who come from different areas of Kuwait City, with the aim of enjoying the atmosphere and buying farmers’ products available at affordable prices.

Citizen Fatima Ashkanani said, “What I see in the market of the Abdali Farmers Association is an honorable thing for the State of Kuwait. Very Kuwaiti production.”

The farmer, Nayef Al-Adwani, spoke about the farmers’ suffering and the obstacles they face, especially in the rise in prices, saying, “The prices have risen very dramatically, specifically with regard to medicines and fertilizers. For example, (urea) we used to buy one bag for 7 dinars, but now it has become Its price is about 20 dinars inside the association.”

The farmer Bader Al-Amiri blamed the government, saying, “Unfortunately, the government support and encouragement for farms is very weak, and the evidence for this is the rise in labor wages, specifically agricultural labor, in addition to the request to submit an application for a visa, which the asking price for one worker was 10 dinars, and it rose to 15 dinars, and this constitutes A huge burden on the farms.”

The farmer Abdullah Thuwamir stated that the loss in selling the product inside (Al Shubra) is less than the price of the carton, and this in itself is costly for the farmer, and the loss is not only material, but also in terms of distance and the far road to the point of sale, which leads to spending more diesel, and making effort and time Big, so I hope from the Kuwaiti Federation of Farmers and the Public Authority for Agriculture Affairs and Fish Resources that major sales centers are available in both (Al-Wafra and Abdali), in order to provide the farms with long (walks) and traffic violations and the time of the farmer, concluding his speech with a message he addressed to the officials to come visit them and hear what they are suffering from him.