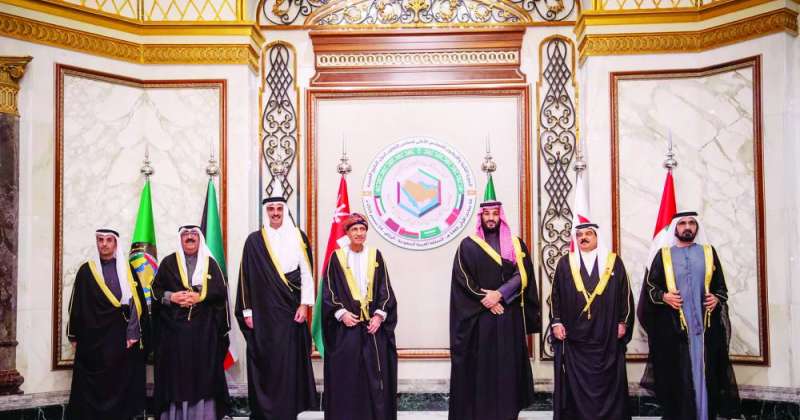 Strengthening joint action to achieve economic unity and formulate a unified foreign policy
– Faisal bin Farhan: We extend our hand to Iran… We want to have a normal relationship and this depends on it

The Riyadh summit established the foundations of collective Gulf action, unifying efforts in facing challenges, ensuring the strength and cohesion of the Gulf Cooperation Council and unity among its members, and strengthening cooperation in all fields.

The Kuwaiti delegation at the summit held at Diriyah Palace in Riyadh was headed by the representative of His Highness the Amir Sheikh Nawaf Al-Ahmad, His Highness the Crown Prince Sheikh Mishaal Al-Ahmad, while the session was chaired by the Crown Prince, Deputy Prime Minister and Minister of Defense Prince Muhammad bin Salman, on behalf of the Custodian of the Two Holy Mosques, the King. Salman bin Abdulaziz.

In the final statement of the summit, the leaders of the Gulf Cooperation Council stressed the development of strategic cooperation, economic and development integration, the implementation of the vision of the Custodian of the Two Holy Mosques, the completion of the elements of economic unity and the joint defense and security systems, and coordination of positions in a way that enhances the solidarity and stability of the Gulf states, preserves their interests and avoids regional and international conflicts, by unifying positions and developing political partnerships.

They stressed the concerted efforts to coordinate and integrate foreign policies in order to crystallize a unified and effective foreign policy, enhance the role of women in economic development programs and their participation in joint Gulf action, and encourage the role of youth in the financial and business sectors.

They pointed to the importance of strengthening joint action towards digital transformation, strengthening cooperation and building alliances in the field of cyber and information security.

The final statement called on Iran to abide by the basic principles and principles that are compatible with international law, respect the principles of sovereignty and non-interference in the internal affairs of countries, noting the aspiration that the new Iranian administration would work to reduce tension and achieve cooperation with the Gulf Cooperation Council countries, stressing the readiness of the GCC countries to deal and cooperate. Seriously and effectively with the Iranian nuclear file within the framework of good neighborliness, and the necessity for the GCC countries to participate in any negotiations with Iran.

“The Gulf countries are the most threatening to the Iranian nuclear program,” Saudi Foreign Minister Prince Faisal bin Farhan said in a press conference after the summit, calling for a long and comprehensive nuclear agreement with Iran.

Bin Farhan stressed the need for “we have a normal relationship with Iran, and this depends on it. We extend our hand to Iran and we hope that they will do the same and that normal relations will prevail between us,” expressing his hope that the Vienna talks will succeed.