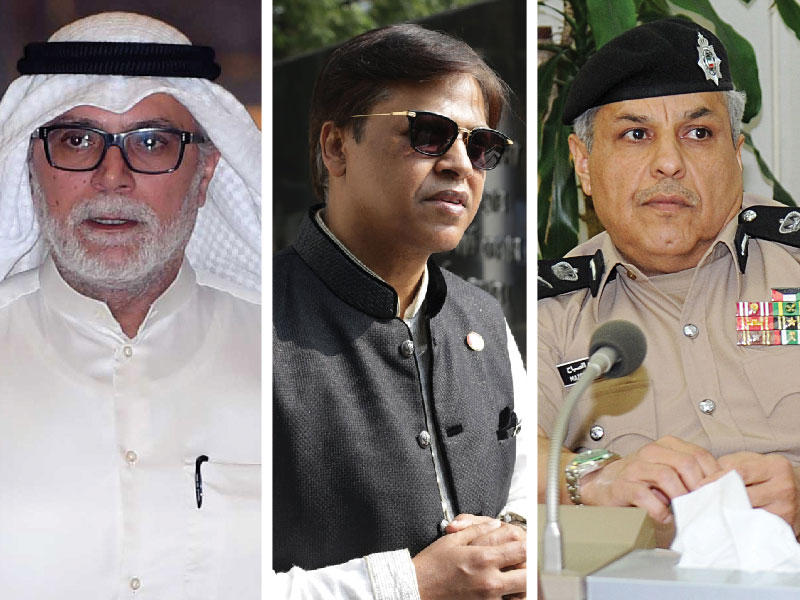 Kuwait City, April 27: In a harsh ruling, the first of its kind in the country’s history, against two leaders in the Ministry of Interior and Manpower Authority, and a former deputy, against the background of the “case of the Bengali MP”, the Criminal Appeal Court yesterday, headed by Counselor Hani Al-Hamdan and the membership of Advisors Muhammad Jaafar and Hamdi Tawfiq, ruled the imprisonment The Bengali Muhammad Shahid, the former Assistant Undersecretary for Passports and Nationality Affairs Sheikh Mazen Al-Jarrah, the former leader of the “Manpower” Hassan Al-Khader, and the former MP Salah Khorshid 7 years with work and running out, after they were convicted of crimes of bribery and abuse of influence.

The “appeal” decided to uphold the judgment of the first instance court, imprisoning the former candidate in the Fourth Circuit, Nawaf Al-Mutairi, for 4 years, and Muhammad Rashidun, a worker in the Bengali MP’s company, was imprisoned for 3 years with work and term, while the former MP Saadoun Hammad was acquitted.

The court affirmed, in the merits of its ruling, that all the crimes attributed to the first accused, and for which it condemned him, were organized by a single criminal enterprise with several acts that complement each other, thus forming the criminal unit that the legislator referred to, which necessitates a sentence for the most severe crime, which is bribery. Until it will take the first accused in distress, because he corrupted the debt, and consumed the money of vulnerable workers wrongly.

The law permits leaders and former MPs convicted of bribery and abuse of influence crimes to appeal this ruling before the Court of Cassation.

In its indictment of the accused, the court cited the two noble verses: “Let every soul be rewarded for what they have won while they are not wronged”, and “What we wronged them but did not do”.

The court tightened the penalties for each of the defendants: the Bangladeshi MP, Mazen Al-Jarrah, and Hassan Al-Khader from 4 to 7 years, and obligated them to pay financial fines, while the prison sentence of 4 years was kept for the accused, Nawaf Al-Mutairi, as it is.

Yesterday, the Criminal Court ruled the imprisonment of MP Marzouq Al-Khalifa, the former candidate in the Fourth Circuit, Sultan Al-Ghissim, and six others, two years with work. .

The “criminal offenders”, headed by Counselor Nayef Al-Dhahoum, decided to imprison Dr. Hakim Al-Mutairi was sentenced to life imprisonment, after he was convicted of charges related to plotting to overthrow the government system in the country, after the sound recordings attributed to him were proven correct, during meetings that took place with the late Libyan President Muammar Gaddafi, under the name of “Gaddafi Tent Meetings.”

Drugs is the reason for 65% of crimes in Kuwait