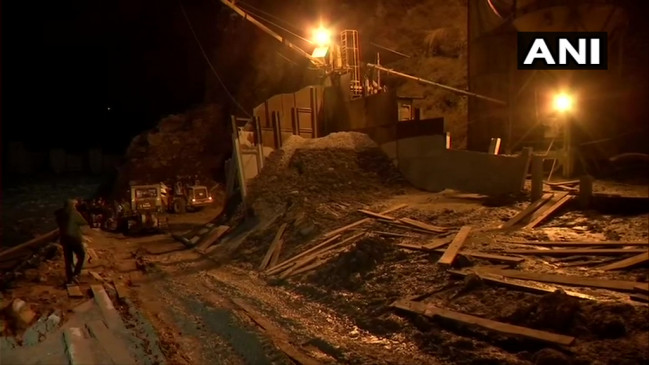 Digital Desk, Dehradun. Five bodies were found after a blizzard in Rishiganga in Uttarakhand on Tuesday. So far 32 bodies have been removed from the rubble. Of these, 25 bodies have been identified so far. 7 bodies are not yet known. The Uttarakhand administration said the search for another 174 missing persons was still ongoing. The government will test DNA for people who died in Rishiganga, Uttarakhand. This DNA record is kept safe, based on which the dead can be identified.

13 villages were disconnected
Relations with 13 villages have been severed since the motor bridge over the river was washed away. The administration in these villages is transporting important items including ration kits and medical facilities. Aid materials were also handed over to the villages on Tuesday. In addition, 126 people were airlifted from their destination Joshimath to Tapovan and Nithi Valley, while the administration arranged for food and refreshments by setting up a camp for relatives who had come in search of missing persons.

Preserving records by checking the DNA of the dead
Meanwhile, Uttarakhand Chief Minister Trivendra Singh Rawat on Tuesday reached the disaster-hit Lata village. He inquired about the joint activities of other agencies including NDRF and ITBP in the Tapovan tunnel. Rishiganga rescued 15 people from one tunnel in the project, with an estimated 25-35 trapped in the second tunnel. Uttar Pradesh ministers Suresh Rana, Dr Dharam Singh Saini and Vijay Kashyap also met Chief Minister Trivendra Singh Rawat at the secretariat on Tuesday. He held talks with the Chief Minister on relief and relief measures for the disaster in the Raini area of ​​Joshimath. CM Trivendra said extensive research was being carried out in all places from the rainforest to the river banks to find the missing. “We are also benefiting from Kedarnath’s experience in this disaster. It would be okay if people could be identified, otherwise efforts are being made to keep their records safe by checking their DNA,” he said.

12 NTPC employees rescued safely
Giving official information, the Uttarakhand government said the tunnel, which was filled with debris during the storm, had cleared 100 meters of debris in that tunnel. During the relief and relief operations, 12 employees of NTPC were safely rescued. Six others who were injured also managed to save lives. A total of 206 people, including 2 policemen, were missing in the accident. The missing persons are employees of ten different companies working here. At the same time, according to the state government, floods in Rishiganga in Uttarakhand are no longer a risk in the hinterland. The water level is also declining. Government agencies are monitoring the situation.