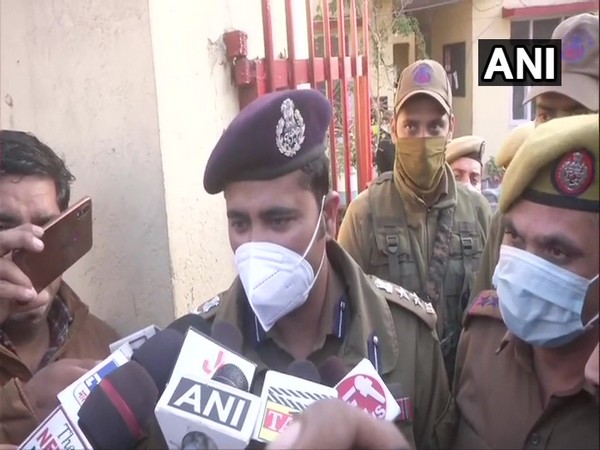 Digital Desk, Jammu. Jammu and Kashmir police on Saturday arrested a top commander of the Lashkar-e-Mustafa militant group. He is a classified terrorist from the Shopian district. He was arrested near Kunjwani in Jammu. Explain that Lashkar-e-Mustafa is an organization affiliated with Jaish-e-Mohammed.

What did the police officer say?
Jammu Senior Superintendent of Police (SSP) Sridhar Patil said Lashkar-e-Mustafa chief Hidayatullah Malik was arrested by Jammu and Anantnag police in a joint operation. When police went to arrest him, he attacked officers, but was later taken into custody. He seized the passing car and sent it for investigation. A pistol and grenade were seized from him.

Let me tell you that the conspiracy of IED attacks in Kashmir Valley has come to light recently. Security forces arrested two Lashkar-e-Taiba militants and four aides. Terrorists involved in this new module demolished in Anantnag district of south Kashmir are chanting the bases and routes of security forces. Two grenades, a kilo of explosives and 30 AK-47 cartridges were seized from the militants. Lashkar-e-Mustafa militants wanted to carry out terrorist attacks in Anantnag and Bijbihara.

After receiving input from the militants, Anantnag police and 3 state rifles set up blockades and check posts of mobile vehicles in the area. At this point the Alto car was shown at a block in Dunipora Bijbihara, but the driver of the car tried to escape. Security forces arrested two people who surrounded the car. He was identified as Imran Ahmad Hajam of Nathpora Khannabal and Irfan Ahmad Ahangar of Nandpura Khannabal. Four of his aides were also arrested after questioning.