The Episode starts with Malishka apologizing to Rishi and says you know that I get over excited and says it is your mistake to talk infront of everyone. She asks him not to fight, when they are getting married. She says sorry and asks him to agree. He says its ok and asks what happened? Malishka says I was upset and nobody is there with me, to share my happiness. She says my marriage will be happening, but I can’t do like usual brides. Rishi asks her to understand that the situation is critical. Malishka gives him their wedding card. Rishi takes it and keeps it in the file in the cupboard. Lakshmi comes there and says I know that you both will get late for breakfast, that’s why I brought breakfast here. She asks them to have food. Rishi is about to sit to have the food, but Malishka tells that the project is important for her and asks him to come. Rishi sees Lakshmi upset and asks her to have breakfast, says we will have dinner together. Malishka asks him to come. Lakshmi thinks to surprise Rishi like he had surprised her. She thinks to do something special for him. Malishka and Rishi come out and sit in the car. Malishka asks what was it, what was the need to act sweet with Lakshmi. He asks why she is making issue? He asks why do you react this way. Malishka asks do you think me wrong and says I never asked you for anything and came to share with you. He asks are you jealous with Lakshmi? Malishka asks what is in her, she is illiterate villager girl. Rishi says enough and says you shall not drag Lakshmi in this, and asks her not to decide or talk if she is good and bad. He says whatever you said about her was wrong. Malishka asks your Dad and Ayush was supporting about Lakshmi’s black dog incident and you also reminded Ayush when black dog bitten him. Rishi says from where illiterate thing came in this, and says I like to hear when she tells me about her village culture and says I like it and wants to know about it. He says I like village culture and tells that in our houses, we go to work, come back and sleep. He says we hardly have food together. He says I want to hear Lakshmi’s village cute story always. Malishka asks will you again ask if I am jealous. He says I don’t like to hear you insulting Lakshmi. She says I will drive. She gets down the car. Rishi also gets down.

Ayush comes to Shalu and says I came to give you my dupatta, as I had ruined your dupatta. Shalu says even you used to wear. He says I thought to give it to you, as I am very sympathetic. Shalu gets angry. Ayush asks if your bua ji had picked you from Gurudwara stairs. He praises Lakshmi, Bani and Neha and asks what quality you have of Bajwa sisters. Shalu says yes, and hits him with the slipper. He runs and says I will see you Shalu. He puts the dupatta in her neck and goes.

Malishka thinks to control her anger, and thinks I will not give him any reason to separate with me. She says sorry to Rishi and asks him not to get upset with her. She says we shall not fight. He says even I don’t want to fight with you. She asks him to smile. She gets Kiran’s call and she tells that she will come soon, and then they will do her marriage rituals. Rishi asks where is Aunty? Malishka says I have sent her to Maasi’s house, as I asked Maasi to call her. She says Mom would have known that we are secretly marrying so I sent her from here. She stops the car at the temple. Rishi asks why we have come here? Malishka says just a second and meets the Pandit ji. Pandit ji says all the arrangements are done and asks them to come. Rishi asks why we have come here? Malishka says for a small puja, why you are asking me question.

Lakshmi has decorated their room and thinks she will bring his favorite vada pav. She lights the candles for the candle light dinner and thinks you will say perfect looking at the decorations.

Malishka takes him inside the temple. Pandit ji asks them to sit. Rishi asks Malishka why did they come? Malishka asks Pandit ji to say what he said to her. Pandit ji says this is kuldevta’s puja. Rishi says I can’t sit with you for this puja, as I am married. Malishka asks him to do this puja for her and says please. Pandit ji asks them to sit and says you both will present the kuldevta together. Rishi asks how much time will you take? Malishka asks him to hurry up. She gives something in his hand and they put it together in the havan. Rishi recalls his marriage with Lakshmi. Pandit ji gets up and covers ghunghat on Malishka’s head and ghatbandhan pink cloth on Rishi’s shoulder. Rishi asks what are you doing?

Virender asks Lakshmi to bring a brown file from Rishi’s cupboard. He says he needs it urgently. Lakshmi goes to the room and gets the file. The papers fall down along with the wedding card. Lakshmi picks it and reads that it is Malishka with Rishi, wedding card. She gets shocked and sees the date, which is today. Rishi asks Malishka about what kind of puja is this. Pandit ji says this is Anusthan and puja. He recalls Malishka asking him to get her marriage done without the knowledge of the groom. She gives him money. He says if anything happens. Malishka says I will handle. Fb ends. Malishka asks Pandit ji to get the puja done fast. Pandit ji says now you both will give ahuti. Rishi asks them to tell clearly what is happening and refuses to give ahuti. Two girls come there holding Durga Maa’s flag and the havan fire gets set off as the bowl falls in it. Malishka asks the girl who is she? The girl says she is Durga, Maa Durga, Mata Rani. Rishi recalls Lakshmi’s words that they are blessed to stay together for many births. He looks at the set off havan.

Precap will be added later. 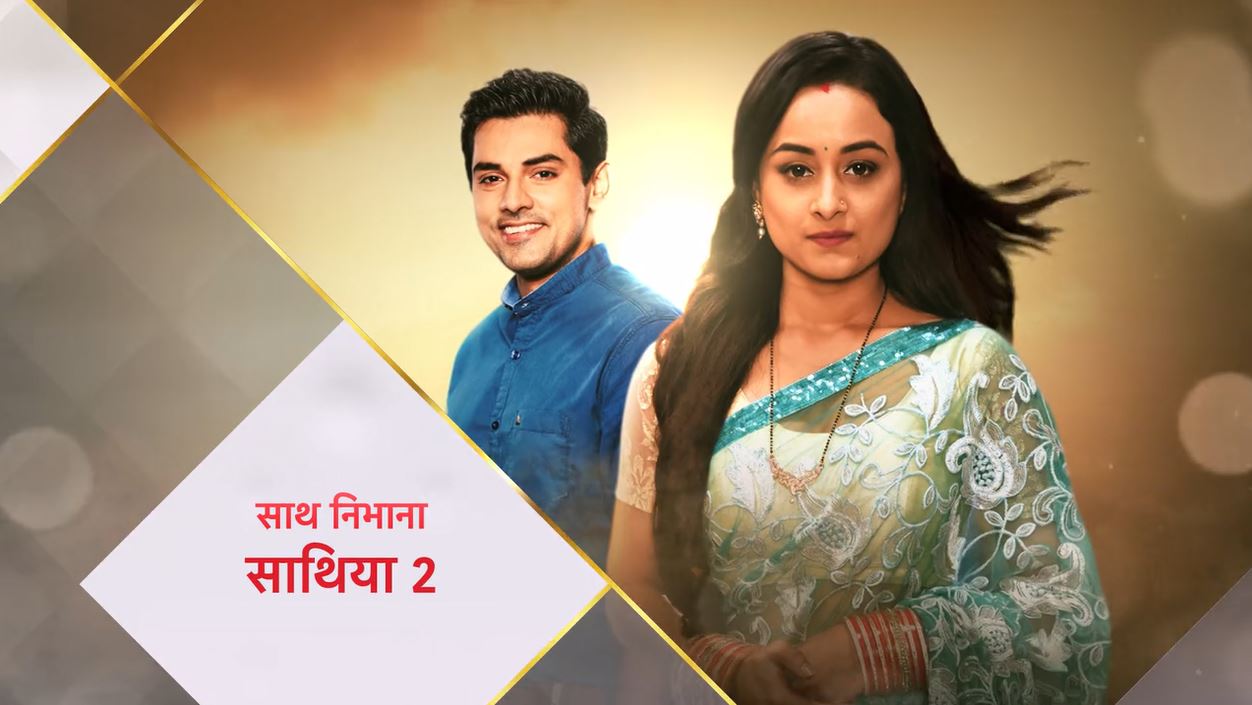